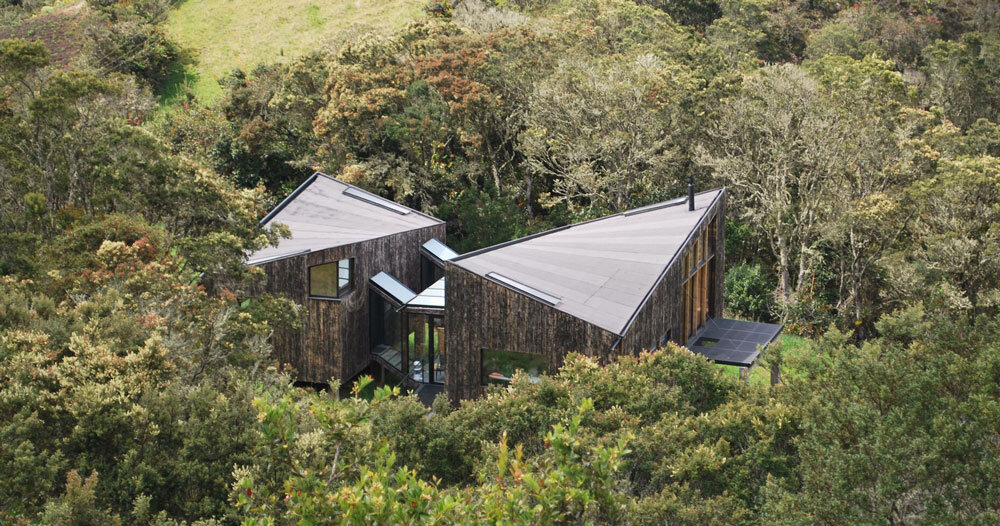 a house in the clouds

Colombian studio ZITA designs and builds its páramo house in the Andean Heath, seeking to illustrate construction within the fragile ecosystem. with the greatest respect for the high environmental value of the area, the wooden house was fitted out after three years of research alongside curator and author cristina albornoz. the cabin-like house is located at an elevation of 10,660 feet (3,250 meters) above sea level.

the design team celebrates the important ecology of the Andean heaths, noting that the region continuously produces water thanks to the relationship between its unique vegetation capable of absorbing water from the atmosphere and its state of forest of perpetual clouds. this cloudy landscape is a permanent feature on the horizon, constantly varying the depth of view and with it hiding and revealing the mountains.

with its house in páramo, ZITA (see more) seeks to occupy the landscape with lightness. the house is raised on top of a set of concrete pillars which are supported without the use of a floor beam tying them together, thus avoiding any interruption of groundwater flows.

on top of these pillars, a series of prefabricated wooden porticos are installed and linked together by means of a system of prefabricated OSB walls and roofs that function as a structural diaphragm making the skin of the house part of its structure. . by prefabricating the house, construction time and waste were reduced. the house was assembled 100% by hand, thus avoiding the need for heavy machinery. 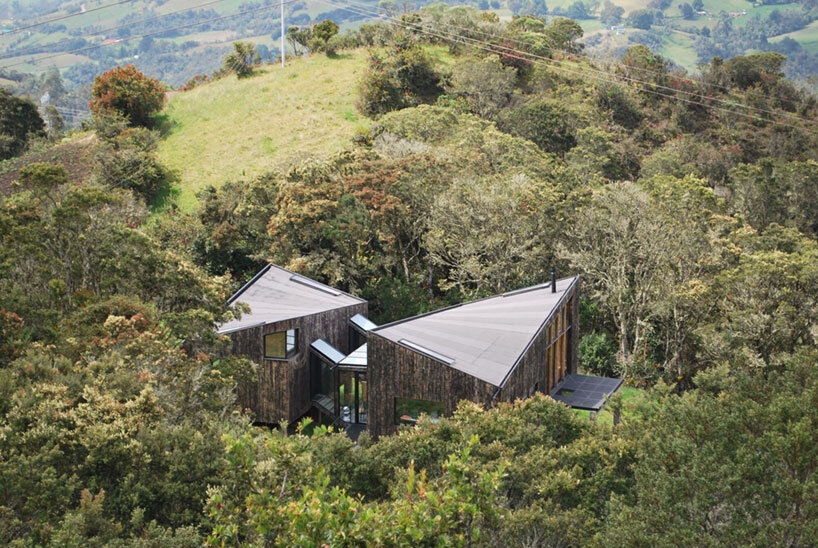 the two modules of the house in páramo

ZITA divides its house in páramo, colombia, into two modules connected by a suspended solarium. the main module contains the master bedroom and the bathroom, as well as all the common areas. the second module contains two bedrooms and two bathrooms. by fragmenting the program, the scale of the house is broken and reduced, and the two modules end up having larger facade surfaces allowing multiple and varied views and transparencies. the common areas face the dominant view of the northern moor and have a steel closure that can be operated using a manual chain hoist to transform it into a terrace allowing the interior to expand towards outside. 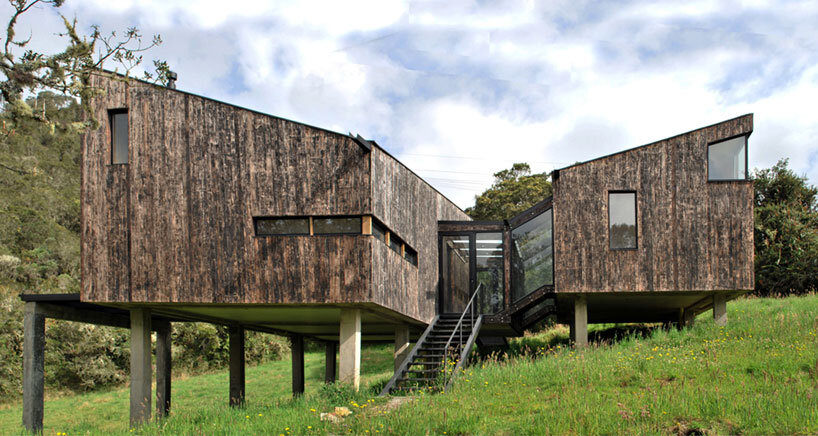 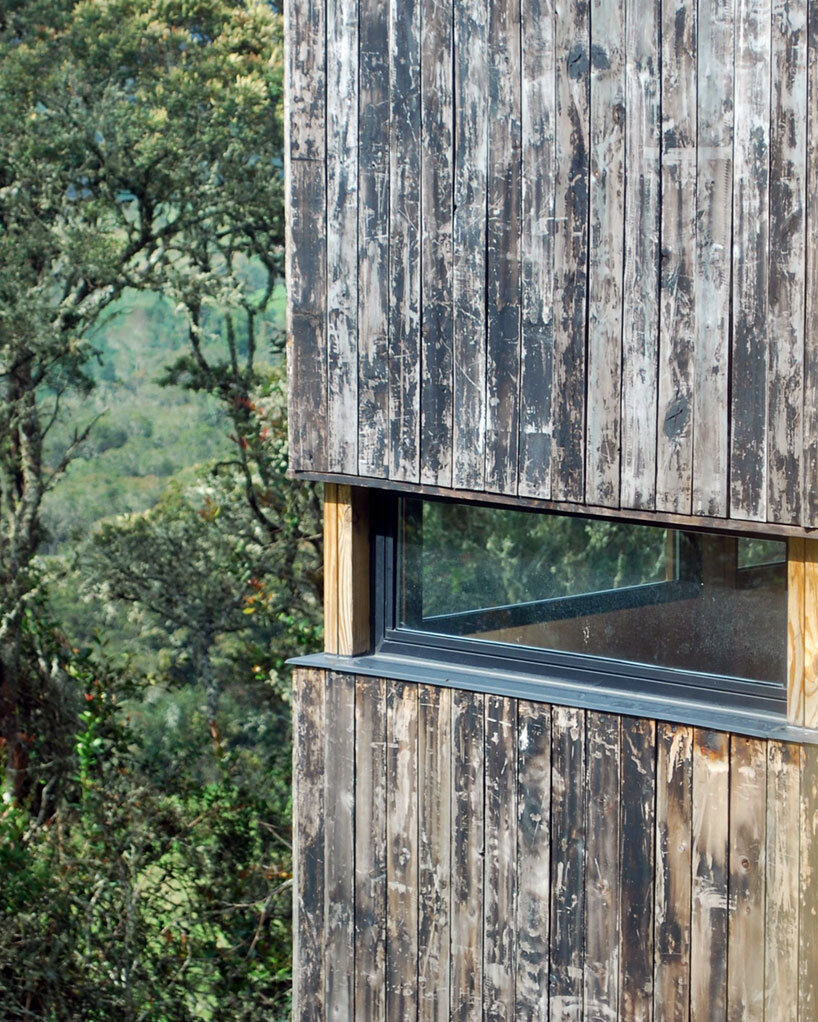 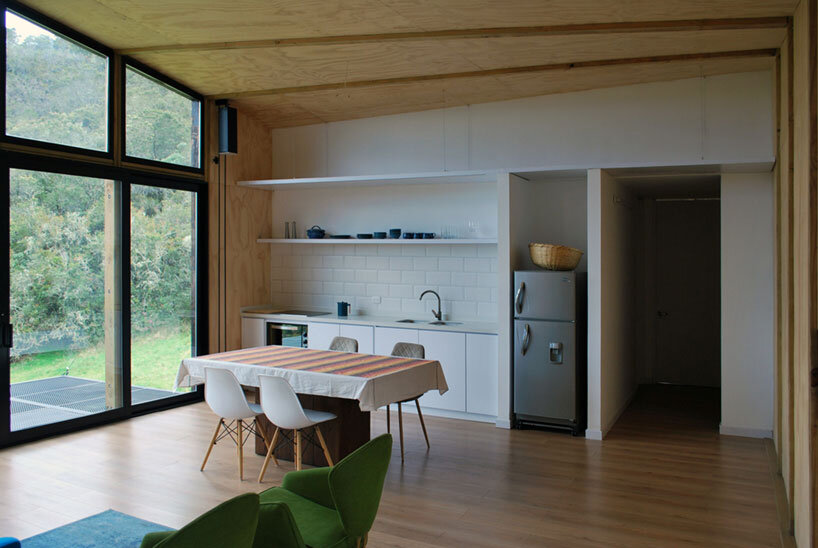