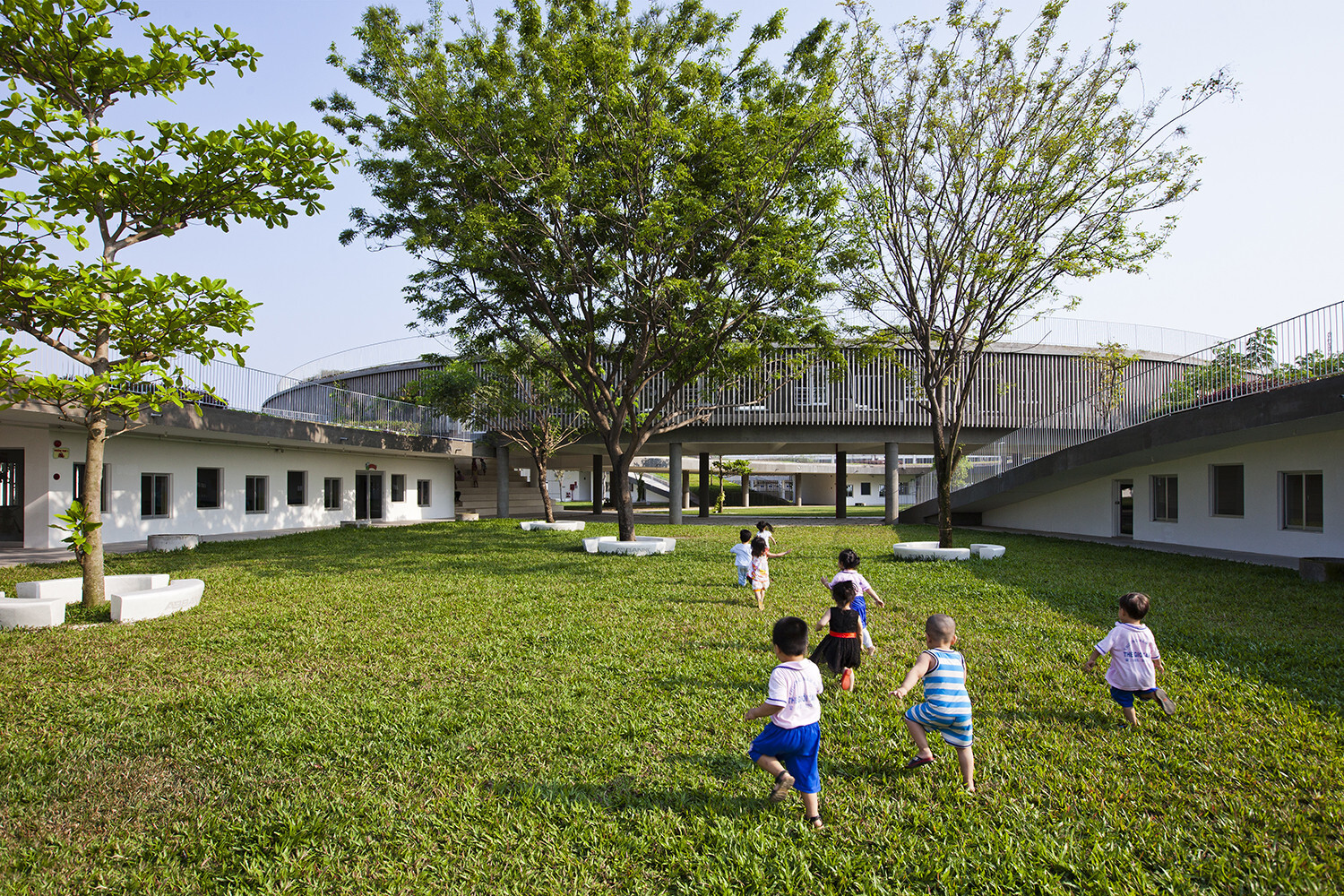 Why we should create cities for children

Why we should create cities for children

In the book Childhood design, architect and researcher Alexandra Lange argues that children have been considered non-persons for most of the history of ancient and modern architecture, being excluded from the process of creating urban and interior spaces. This process has caused and still causes several problems when children reach adulthood, since these children have grown up being constantly watched by fear of adult movement and gaze.

A recent report by Arup, a planning and engineering consultancy, identified five challenges for city children: traffic and pollution; skyscrapers and urban sprawl; crime, social fears and risk aversion; isolation and intolerance; and inadequate and unequal access to the city.

But child-friendly design is gaining momentum in urban neighborhoods around the world: from community-led projects using paints and vases to tackle unsafe routes to schools and playgrounds, to policies at scale of the city reinventing housing policies and neighborhoods for children.

Consider what it takes for a child to become an adult. We come into our lives in a state of total dependence on mature people. The journey from first to last must be one of gradually expanding independence. Parents should not only provide experiences for their children, guide them between school, play and soccer practice; they should let their children explore and discover experiences on their own. But modern childhood across the world is increasingly limited.

Tim Gill, author of “Urban Playground: How Child-Friendly Planning and Design Can Save Cities” cites as evidence a map depicting the movements of children through four generations of a family in Sheffield, England. In 1919, at the age of 8, his great-grandfather was able to walk to a fishing pond ten kilometers from his home. In 2007, her 8-year-old great-grandson could only walk to the end of the street – and that’s more freedom than many 8-year-olds have these days.

Gill first became interested in child-friendly urban design in 1994. It was then that he started working for the Children’s Play Council – now called Play England – and started directing how the city’s infrastructure could disrupt childhood.

It’s tempting to blame the heavily guarded nature of modern childhood on parents who are too neurotic to let their children out of their sight. But according to Gill, the progressive blocking of children is partly a reflection of the built environment they occupy. In his opinion, it is wrong to blame parents for not letting their children go outside when it is not safe to do so.

The challenges of raising children in a city are not limited to physical risks. According to Hannah Wright, an urban designer who studies children’s design, the vast majority of public spaces simply weren’t built with children in mind. During the rapid urbanization of the 20th century, many cities were designed for the people who built them: sane men who weren’t the ones looking after the children.

This has created all sorts of persistent obstacles for children and their caregivers: think of subway platforms only accessible if you go down a flight of stairs – not easy with a stroller – or bus routes that make no sense to someone who drops her children off at school on their way to work.

In his book, Lange cited ways to improve the lives of families in the city: reducing car speeds, creating narrow streets and adding more trees. Placing family-friendly locations close to each other would help create easy routes between them – and could allow them to feed on each other. If the kids can run around safely in a nearby playground while their parents take an aerobics class at the community center, for example, there’s no need to hire a babysitter.

According to Gill, the ideal city for children would be something like Vauban, a district of Freiburg in Germany. Few of its 5,000 residents own a car, and those who do have to park it in a car park on the outskirts of town. A tram and a dense network of cycle and pedestrian paths cross the district.

Multi-family housing leaves plenty of space for recreation and socializing. And with little traffic, parents don’t have to keep their kids in enclosed playgrounds. Instead, play structures such as swings and slides are scattered throughout the city, allowing children to mingle with their fellow citizens.

Of course, tearing down existing cities and building new ones for children in their place is not feasible. But urban designers have many ways to work with what they have. Gill suggests evaluating individual neighborhoods for kids – are there lots of places for kids to go? Can they reach them safely? – and make changes accordingly.

Cities can pilot interventions before implementing them more widely. This is exactly what Rotterdam, a city located about 80 kilometers southwest of Amsterdam, did. After a 2006 survey found it to be the worst place in the Netherlands to raise a child, the city launched Child Friendly Rotterdam; the intervention mainly focused on renovating a single neighborhood, Oude Noorden, reconfiguring streets to reduce or discourage traffic and making public spaces more child-friendly.

How do we want to educate the adults of tomorrow so that they consciously think about the city if they did not have this experience during their childhood? Is it because we won’t be kids forever, we should just think of the world for adults?

If you are interested in developing works for children, check out the “Educadores da Criação” and “Design para a Infância” niches at Guia Nichos do Futuro.