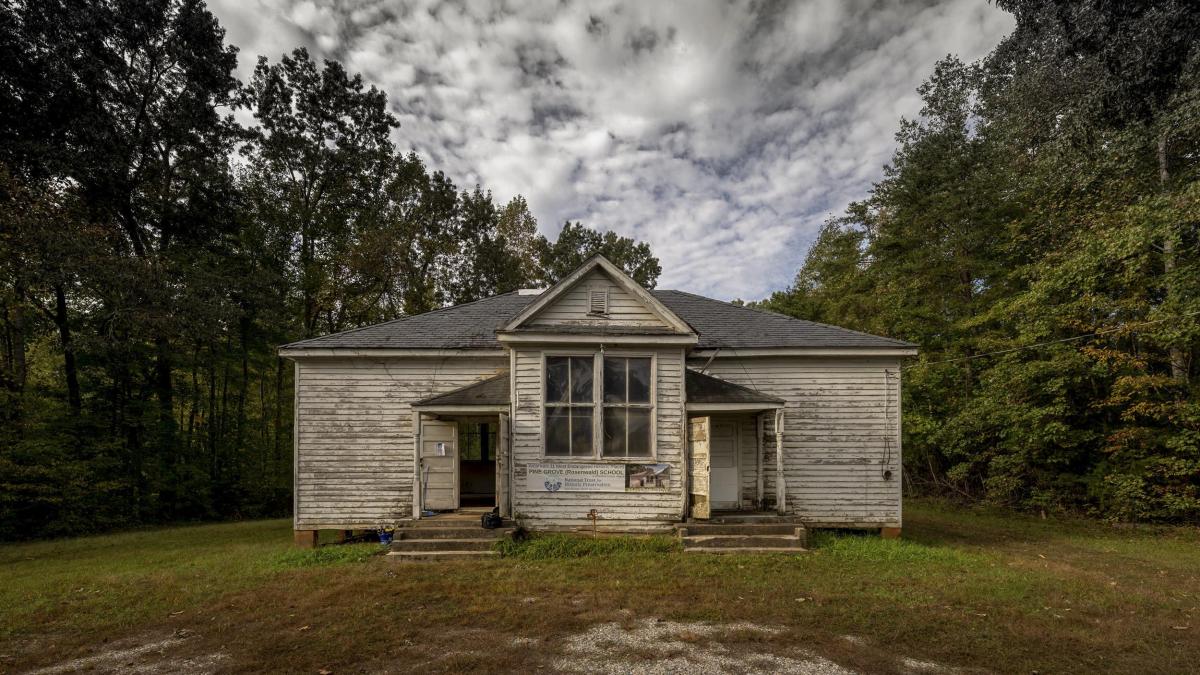 “You can see a ball field here, can’t you?” Michael Scales said waving his hand to indicate the entire grassy area he was sitting in. “Of course that tree wasn’t there at the time,” he said, pointing to a sapling growing near where the pitcher would have stood.

Scales, who had been a professor of Spanish and history in Richmond, was perched on a folding metal chair, speaking to visitors in a discussion circle at Pine Grove School in Cumberland, a “Rosenwald school” he attended from 1959 until it closed. 1964, helping to explain what it was like to attend classes there. Scales joined his former Pine Grove colleagues Muriel Branch, Roosevelt Gregory and Lloyd James in explaining to several history teachers in the Cumberland County school system what the separate school system looked like for black students.

At the turn of the last century, Rosenwald schools spread across the South, a vision of Booker T. Washington, who ran the Tuskegee Institute, and Julius Rosenwald, a philanthropist who made his money from Sears, Roebuck and Co. Rosenwald faced some money going to schools, all built on a similar plan, but insisted that the local community also contribute. The Pine Grove School was built in 1917 with floor plans from the Tuskegee Institute.

As the elders spoke, Lakshmi Fjord, a visiting scholar in the Department of Anthropology at the University of Virginia, took careful notes and asked questions. They were gathered in a circle in the backyard of the school, seated on folding metal chairs, surrounded by furniture and building objects, cleaned so that UVA Architecture students could laser scan the interior and the room. ‘outside.