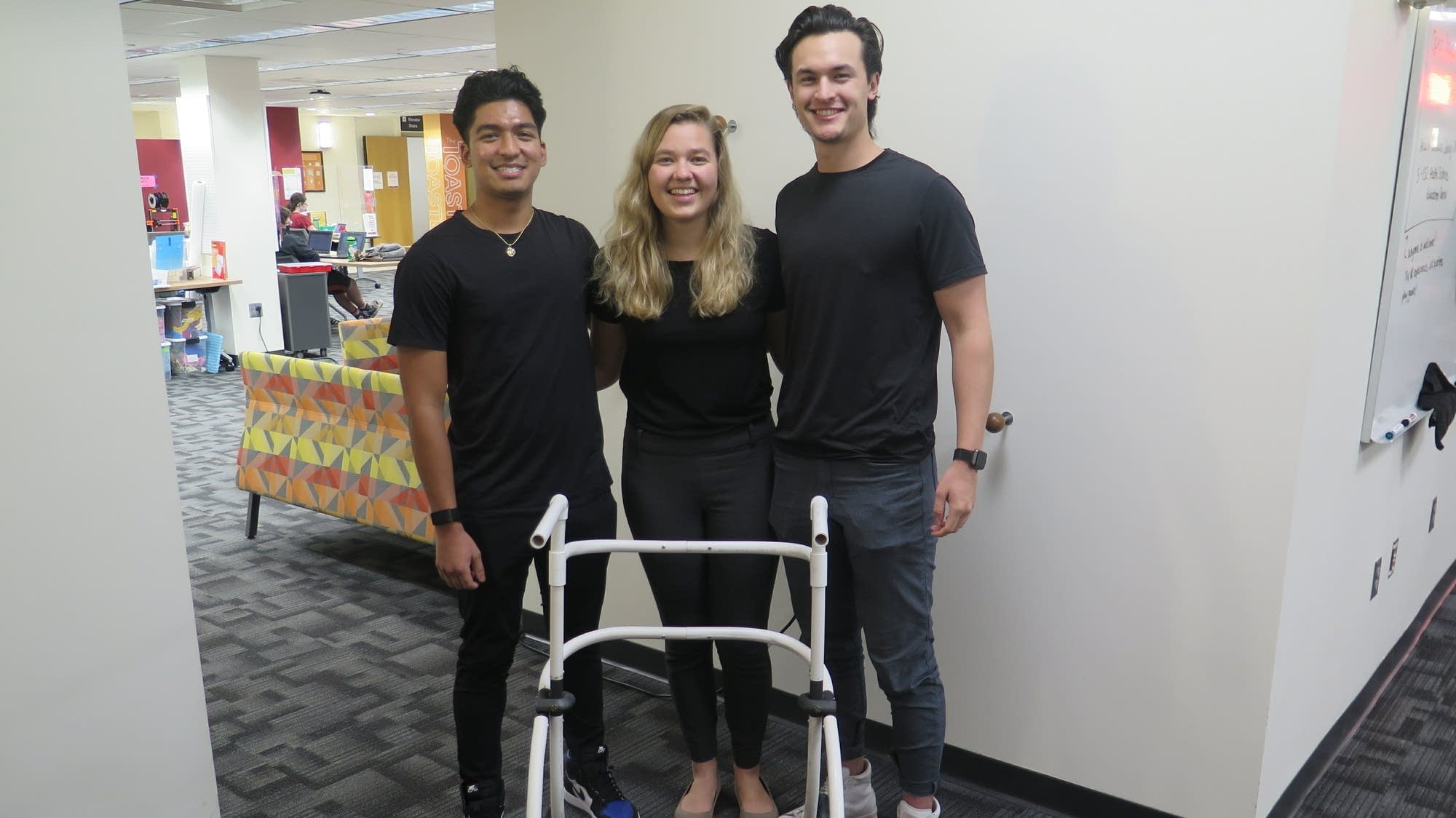 Four University of Minnesota students have come up with a new way of getting around. They took the wheeled walker that many older people use and reinvented it for a younger crowd.

Growing up, Steven Bleau saw how multiple sclerosis made his father’s mobility difficult. Bleau said he noticed other people with the same condition used mobility devices while volunteering at the MS Society’s youth camp.

â€œYou would see all parents using a wide range of products that helped with their mobility and other symptoms,â€ he said.

Bleau said that while the products were useful and improved quality of life, the useful and ubiquitous walker with wheels was missing something.

He started tinkering with mobility aids in his design class at the University of Minnesota and began redesigning the rollator for younger users.

He redesigned a course at the Carlson School of Management called Entrepreneurship in Action. There he joined three other classmates, Morgan Kerfeld, Rick Pradhan and Beth Urbanski.

The group loved the idea of â€‹â€‹a baby walker and started meeting potential clients and physiotherapists.

Kerfeld, co-founder and COO of Telo, said the overhaul of the rollator team has a key difference.

â€œWe decided to switch the framework from living in front of you to behind you,â€ she said. “So it has a built-in back support which not only allows you to have good posture, but also gives you enough space in front of you so that you can take natural strides and maintain your good posture and walking habits.”

Kerfeld said having the walker in front usually allows people to bend over and put pressure on something that may be going underneath you.

There is another aspect to the redesign.

â€œBy putting the device behind them, they are now seen first in relation to their rollator,â€ Kerfeld said.

The students won several competitions and scholarships with their project. They have since graduated and started their company, Telo.

Now they’re adding technology to measure speed, distance, and weight depending on the device. Upgrades are meant to give accurate readings of physical therapy progress.

Bleau, director of development for Telo, said they were fine-tuning the designs for the seat, connection parts and wheels.

They hope to build metal devices by early spring and start testing them.

The team met in the virtual classroom last December and never met in person until April. Now they try to get together when possible, mostly at breweries in Minneapolis, as they don’t have a fixed office.

“It’s like a really random bunch of people that came together and ended up working really well together.”

Pradhan, Telo’s chief financial officer, said they have learned to be flexible. They have also seen direct-to-consumer products flourish in all age groups. The group plans to sell the Telo rollator in the same way.

He said the hope is for customers to customize their colors and accessories, building them online.

â€œJust every step we can take to give them a little more power and kind of hug each other. I think that speaks to what we want to do here. But also what has been missing over the past decades. “, Pradhan mentioned.

Their advisor, John Stavig, program director Gary S. Holmes Center for Entrepreneurship to Carlson, said the students understood what bound them together.

â€œIn the entrepreneurship course they were in together, we kind of challenged them to find an issue that they felt is worth solving,â€ Stavig said. “And their team got together pretty quickly to do something that was helpful for people with disabilities.”

If all goes according to plan in testing and development and with a crowdfunding campaign they hope to kick off early next year, they expect to sell to customers by fall 2022.

You make MPR News possible. Individual donations are the source of the clarity of our reporters’ coverage across the state, the stories that connect us, and the conversations that offer insight. Help ensure that MPR remains a resource that brings Minnesotans together.

Make a donation today. A donation of $ 17 makes a difference.