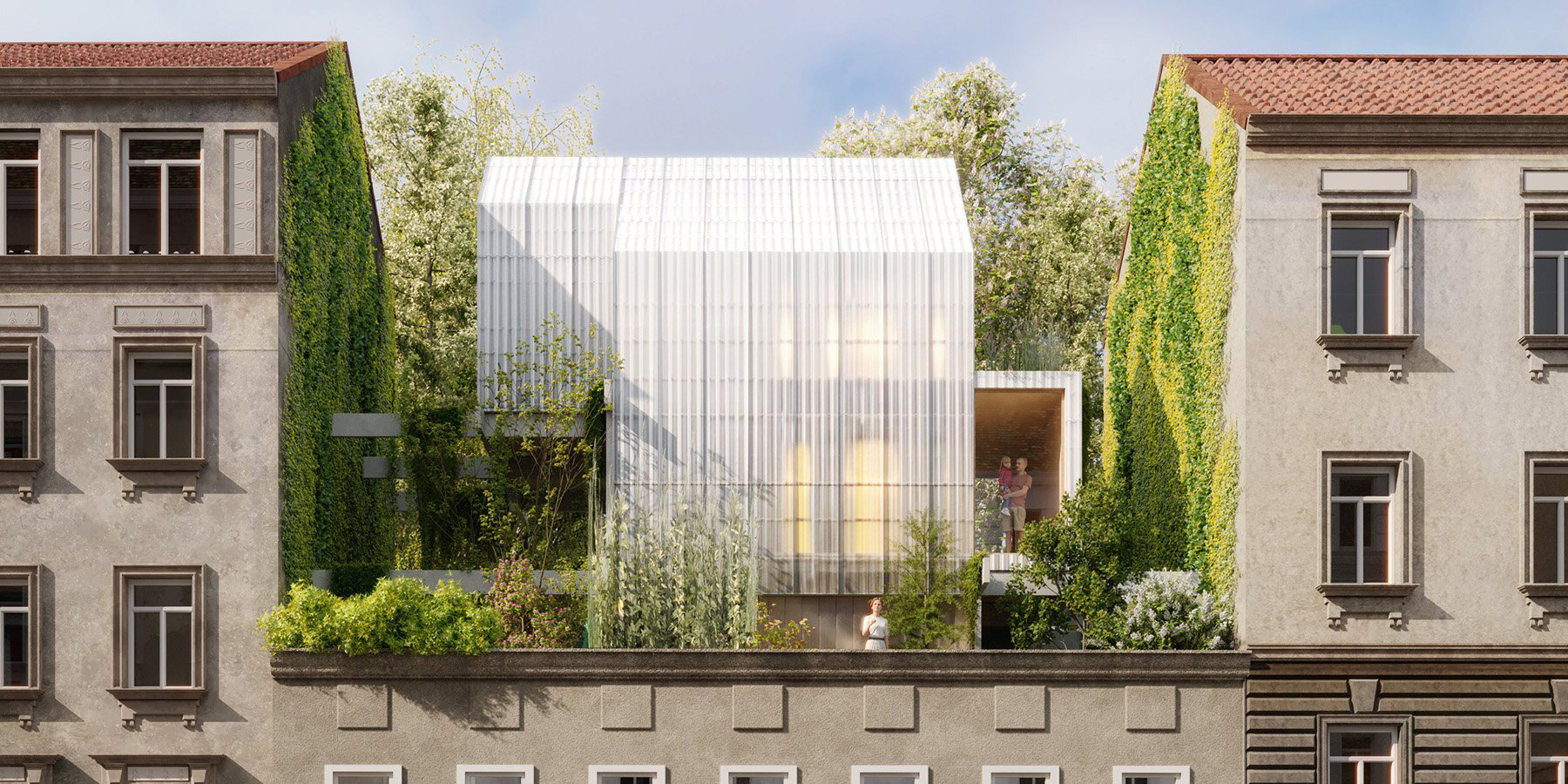 ‘the urban treehouse’ by smartvoll architects

until now, from Vienna The 16th arrondissement suffered from a lack of green space, with every square meter being used for housing. just by looking at the air, locals can spot the grayness of the neighborhood against the rest of vienna’s bright green backdrop. in light of this, smartvoll architects have chosen this neighborhood as the site for the proposal for the “urban tree house” – a former attic which emerges vertically from its surroundings, framed on all sides by trees and green walls.

keep it 50/50: balance intimacy and openness

smartvol (see more here) crafted their design to blend in with the surrounding ‘gründerzeitera’ buildings that dominate the neighborhood. but instead of the classic ‘gründerzeit’ loft conversion, ‘the tree townhouse’ presents itself as a green haven with a translucent white facade, sprawling across three stories and 130 square meters.

the architects suggested removing the roof truss, revealing a staircase and two tall firewalls. in most redevelopments, a space like this would have been built and filled. However, only 50% of the attic area has been converted into interior space. the rest remains open, creating a space to breathe and a play between intimacy and exposure, between seeing in and looking out, between nature and the surrounding buildings. 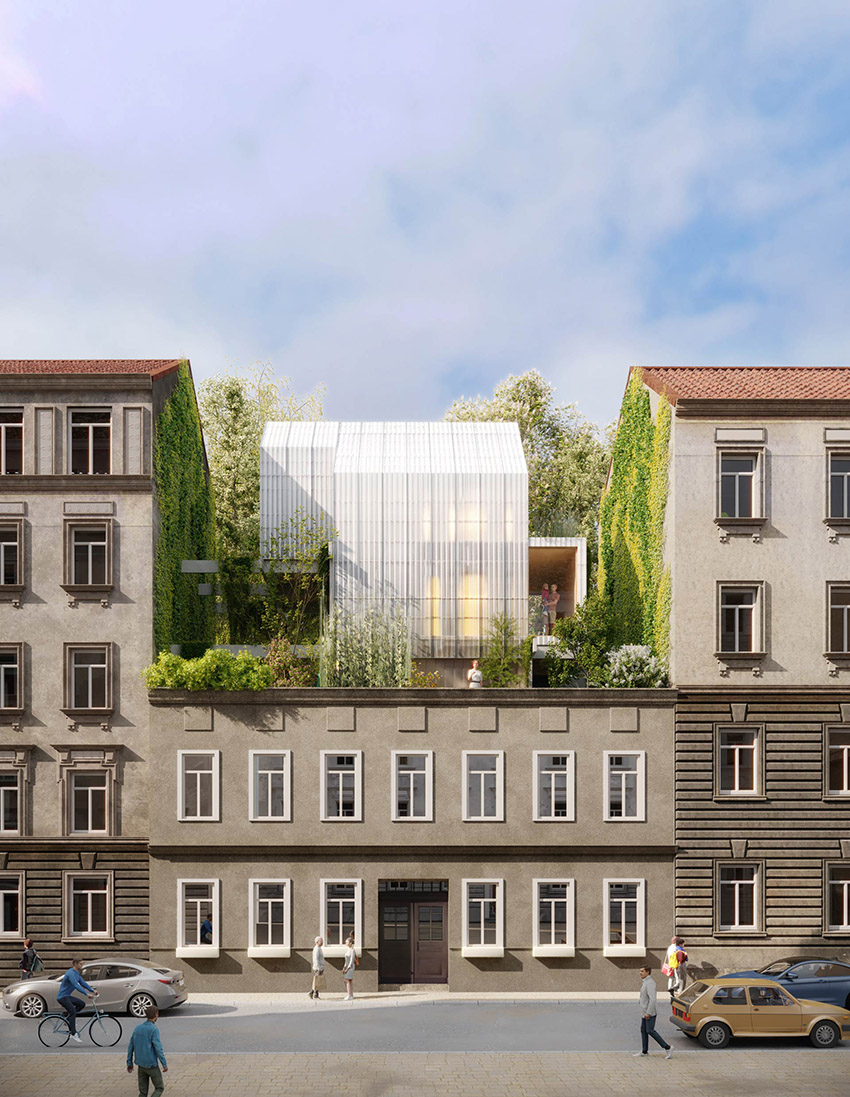 an interconnected design that promotes biodiversity

the first floor houses an office, an open kitchen and a living room, while the second level hosts a bedroom with a unique view seen from the adjoining bathroom. the only thing that separates the bathroom from an expanse of greenery is a pane of glass. yet the real centerpieces of the project are the open kitchen envisioned as a hybrid outdoor-indoor space and the glazed ground floor which can open to all sides in the summer for outdoor gatherings and games.

“here at smartvoll, we don’t see interior design and architecture as separate entities; they are interdependent and we consider every aspect of their relationship at every stage of the work. especially in the case of the “urban tree house”, this approach creates an exceptional atmosphere and a building that evokes the feeling of a walk in the park. 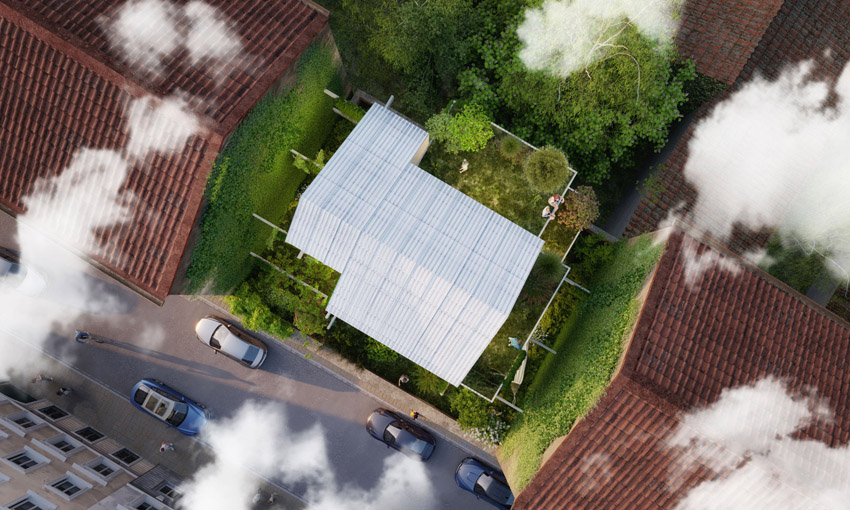 ‘Not only does the urban climate benefit from green buildings like this, but so does biodiversity. […] buildings like our urban treehouse provide habitat not only for people, but also for plants and animals,‘ concludes Christian Kircher from smartvoll. 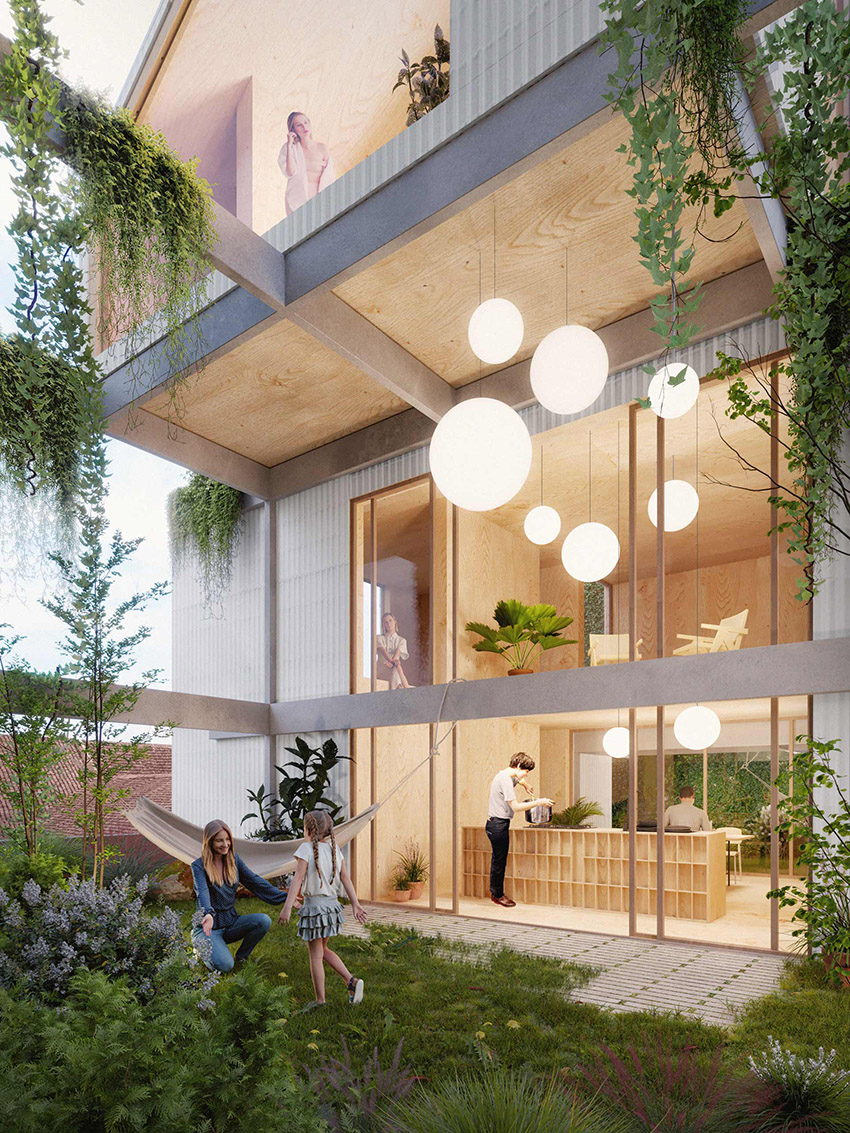 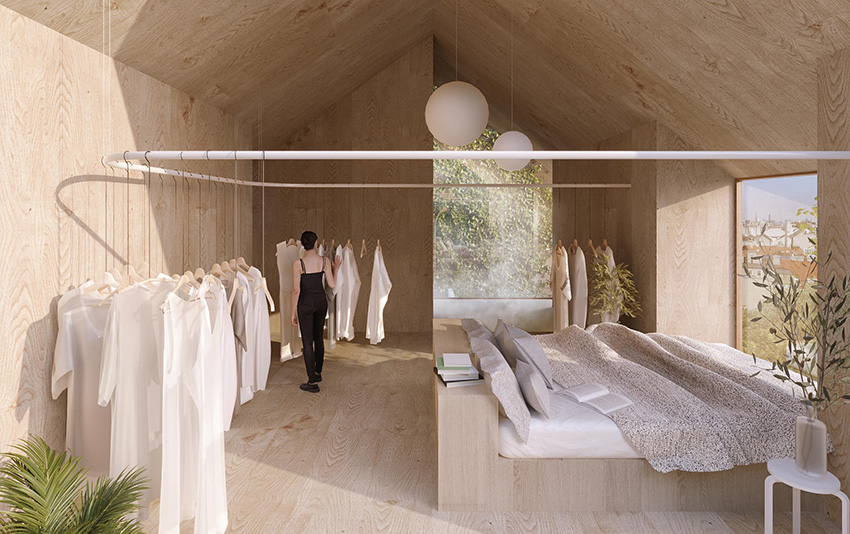 designboom received this project from our DIY Submissions feature, where we invite our readers to submit their own work for publication. see more project submissions from our readers here.

Do you wash the white in hot or cold water?