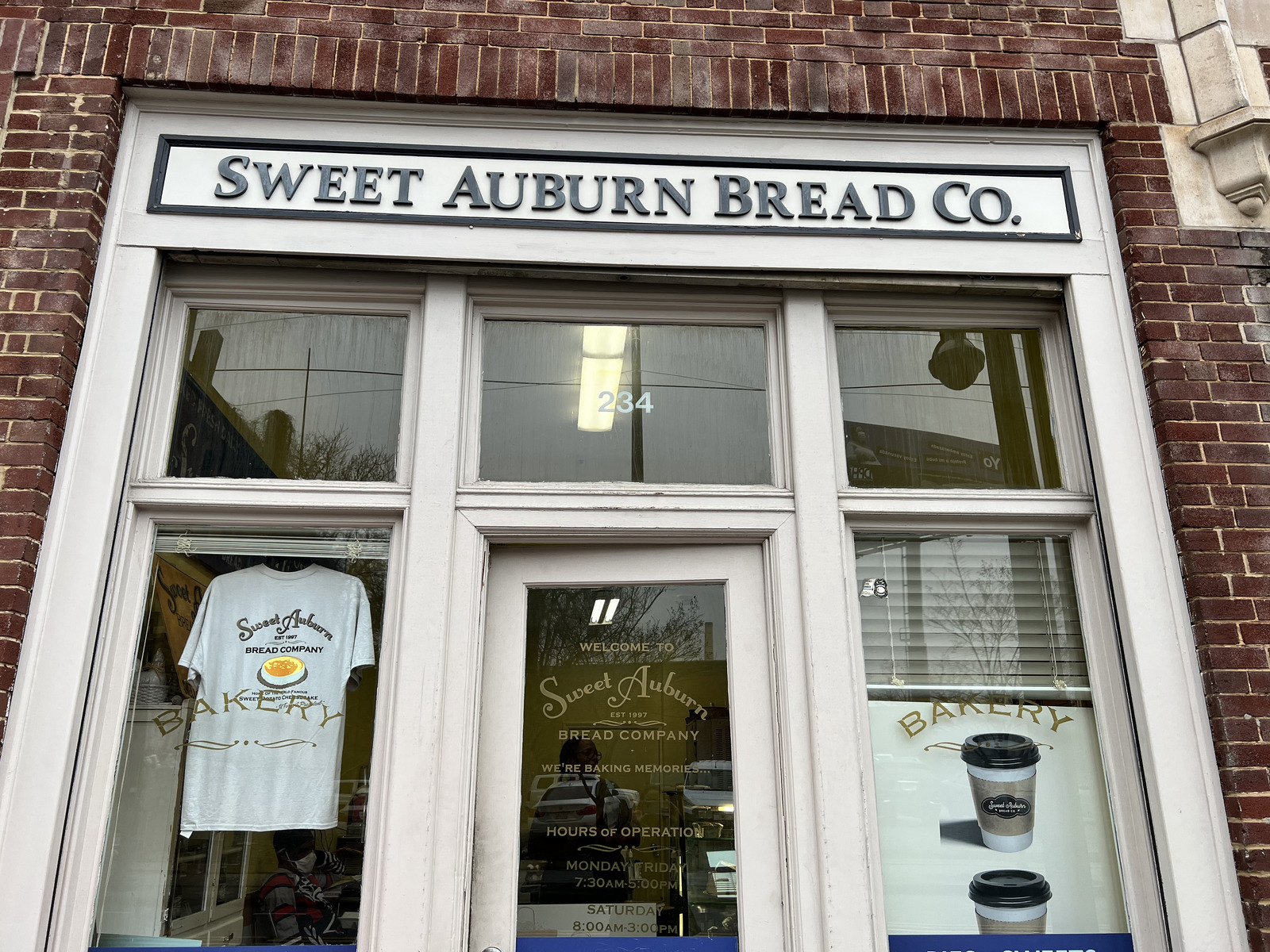 SCAD’s non-profit organization, SCAD SERVE, launched its Design for Good course to use students’ creative abilities to generate communication-centered solutions to make a difference in local communities in Atlanta and Savannah .

Exterior of the Atlanta campus of the Savannah College of Art Design.
Credit: SCAD Atlanta

“We are always conducting research, analyzing data and contributing ideas to help solve the challenges of these courses. These courses exemplify the design expertise and academic prowess of our students in what they learn in our courses and apply it to real-world design challenges. immediate impact,” said Dean Ballas, Executive Director of Design for Good at SCAD.

“Bank of America (BOA) understood our vision and saw the value in investing in keeping Black-owned businesses in historic neighborhoods and provided the capital to help launch this initiative,” said LeJuano Varnell, executive director of Sweet Auburn Works.

In response to BOA’s five-year, $1.25 billion commitment to advance racial equality and economic opportunity for minority-owned entrepreneurs, SAW’s Accelerator Fund is offering grants of $25,000 dollars to local businesses through their SPARK Innovation Lab. The two entities have created a program that will use the funding to implement design solutions developed by SCAD students.

“The Lab is designed to be a tailored program to meet the needs of all of our entrepreneurs to help them become the best,” Varnell said.

Now that the funding and Design for Good were on board, SAW had the honor of choosing a company to pilot the program.

“Chef Sonya is an iconic entrepreneur in the Sweet Auburn community,” Varnell said, “and the perfect opportunity to pilot the program.”

The President-Approved Chef, Bakery, and Cheesecake

“I want what the president had,” said Sonya Jones, owner of Sweet Auburn Bread Company. Saporta report. “Just after he left [my rental space]they bombarded my bakery for sweet potato cheesecake because i think people [are] will come for that.

For nearly 25 years, the Sweet Auburn Bread Company has been serving up desserts in what Chef Sonya would call her “little bakery batch from scratch.” Freshly baked muffins, pies and cakes make you feel like you’ve walked into your grandma’s kitchen.

Born and raised in southwest Atlanta, Jones spent summers on her grandmother’s farm in Florida, where she watched her chickens and butcher pigs. The time she spent cooking with her for large family gatherings ignited her passion for after-dinner treats.

After trying a few jobs in different careers, Jones moved in with her four-year-old son, Windsor, and attended the Culinary School of America. Returning to her hometown with a cooking degree a few years later, she took a job as a pastry assistant at the Veni Vedi Vici restaurant in Midtown, where she described herself in her cookbook “Sweet Auburn Desserts: Atlanta’s ‘Little Bakery That Could’ as a ‘black Southern woman hired to make Italian desserts’.

When she became a chef instructor at Atlanta Technical College in 1993, she enjoyed cooking different foods and meals, but she couldn’t eliminate cooking from her system.

“I had creative freedom in college,” Jones writes in her book, “and that became the spark that led me to realize that I wanted to major in desserts.”

In the mid-1990s, the revival of Southern cuisine progressed across the country, and Jones was thrilled that the type of cuisine she held dear was respected.

“I couldn’t understand why Italians could be so proud of a simple polenta,” Jones wrote, “and yet our grains were looked down upon outside the South.”

Meanwhile, Jones decided to rent a space inside the Sweet Auburn Curb Market and sell her some delicious desserts.

When President Bill Clinton visited the market to promote the progress of his program to revitalize the Empowerment Zone government, Clinton walked to his space where she had a slice of a new recipe she had recently created waiting for him.

“All I could think of that morning was ‘oh god what am I going to get him if he comes to my counter,'” Jones wrote.

Jones knew she wanted to serve him a unique but traditional Southern dessert. So the idea came up to make a dessert with the creaminess of a cheesecake and the richness of a Southern pound cake. By adding local sweet potatoes to her cheesecake filling and replacing the usual graham cracker crust with a pre-baked pound cake, Jones gave birth to her Sweet Potato Cheesecake.

“It was a marketing move to serve him something Southern,” Jones said.

Before allowing the Secret Service to inspect the slice before digging in, Clinton took a bite and immediately gave a thumbs up. He called Jones “the sweet potato cheesecake lady who broke my diet”.

“He also took a few back to Air Force One with him,” Jones said.

His presidential endorsement brought him instant fame. She made appearances on Food Network and received rave reviews from Oprah and Tyler Perry.

Outpacing the market, she moved her bakery to a 400+ square foot unit right in the middle of Auburn Avenue in 2005. However, like many downtown Atlanta businesses, shelter-in-place orders which occurred at the height of the COVID-19 Pandemic in 2020, Jones suffered significant losses in sales and revenue.

In April of that year, the town opened weekend farmers’ markets, giving it a lifeline to stay in business.

“My son and I worked at farmers’ markets and it pretty much kept our heads above water,” Jones said.

When Ballas began his search for the students participating in this project, he had to take a multidisciplinary approach and recruit them from different concentrations like interior design or advertising and branding.

“This is a great opportunity for SCAD and we would love to have you on board as we need different types of creatives on our team,” photography student Disha Gupta recalled when emailed. email to join the team. “I was curious so I spoke to my photography chair and figured out what it was all about and signed up.”

“The students worked on developing their brand, their identity, their business plan and the process of [becoming] an entrepreneur helped them get into Sweet Auburn and leave their creative mark,” Ballas said.

As the project’s photographer, Gupta played a pivotal role in the team.

“Photography, as part of the rebranding project, was tied into all aspects of the team,” Gupta said.

“Disha was great,” Jones said as she worked with her and the other team members. “She took beautiful photos and they spent a lot of time with me.”

“No wonder his bakery is so famous all over Atlanta,” Gupta said. “The first time we met her, I felt like I had known her forever. She gave us free cookies and food every time we went. It was wonderful.

After evaluating Jones’ business, the students came up with a proposal that included their recommendations, including new logos, an interior redesign, a branded delivery van with a tent to display while attending weekend farmers’ markets. end and a presence on social networks and on the website.

“The ten-week crescendo of lots of sweat, tears, creativity, laughter, screaming is part of the creative process,” Ballas said, “but through it all, our students have the ability to know when to lead and also know when to listen.

“SCAD has allowed me to work with young professionals who take their advisory engagements with our contractors with the seriousness and efficiency of any design or consulting firm in Atlanta,” Varnell said.

“I think we learned to work as a team and work from a real-world perspective,” Gupta said, “because we worked with real clients and real deadlines.”

“The students were beyond my imagination,” Jones said, “They brought so much excitement and were immersed in how the business can move forward and they had the best ideas.”

Varnell said Sweet Auburn Bread Company renovations would begin before the end of the year to help celebrate their 25th anniversary. Jones’ cookbook can be found in his bakery at 234 Auburn Avenue Northeast or Amazon.