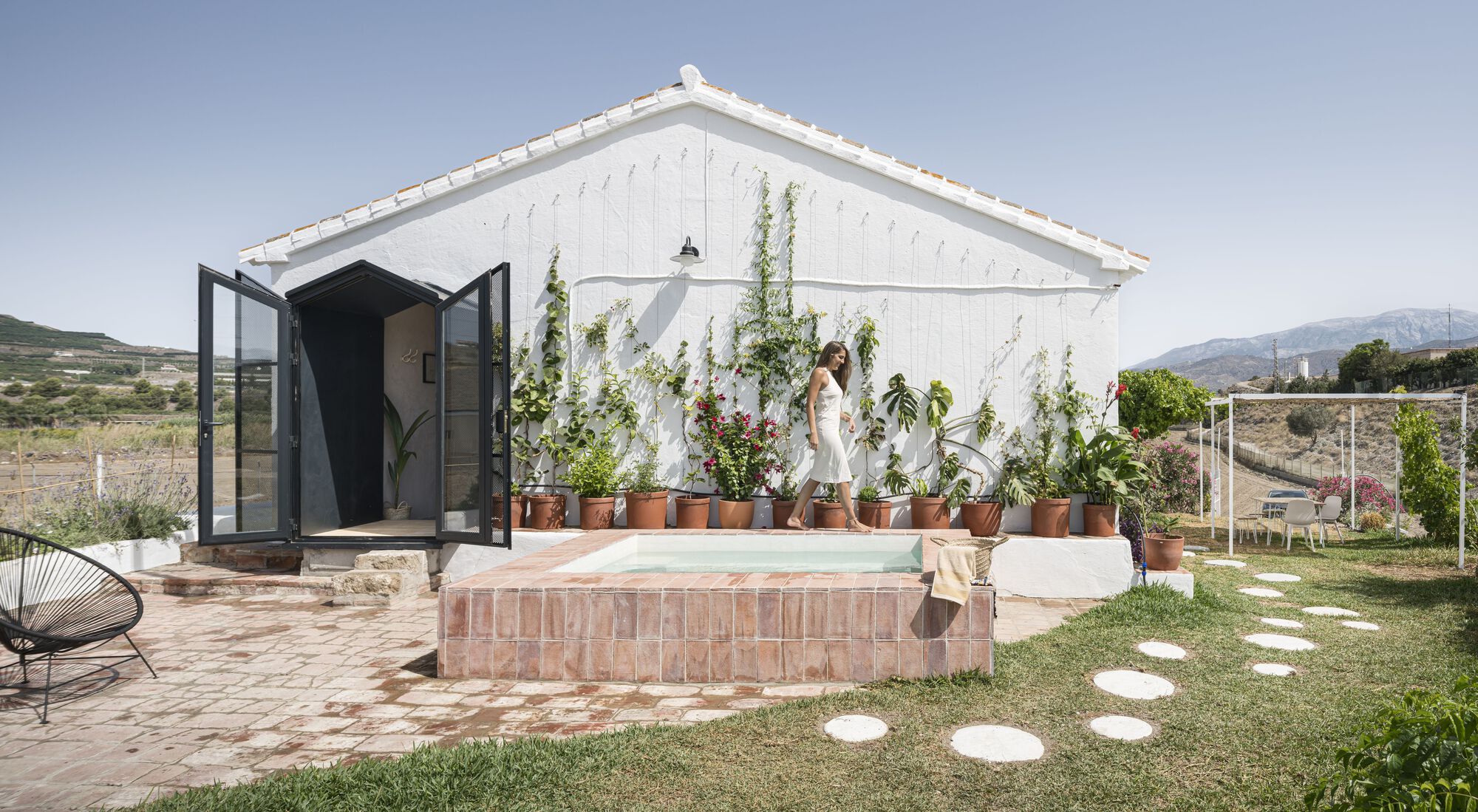 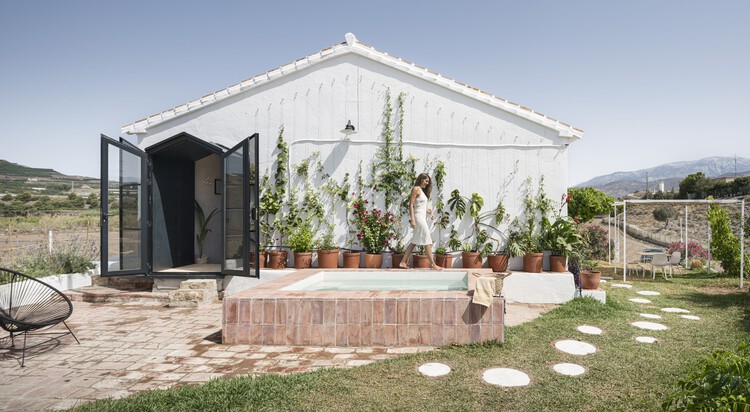 Text description provided by the architects. Where the furrows of the fertile earth reveal the stones of the basement, stands a simple and humble dwelling from the end of the 19th century. The imposing modesty of his gaze watches over the agricultural landscape and relates to it by opening its openings on the territory.

An unhealthy century-old dwelling lacking in hygienic and sanitary facilities, unhealthy interior spaces due to lack of ventilation, poor indoor air quality due to the presence of capillary humidity, the absence of thermal support tools to combat coldest period of the year and questionable security conditions, make longevity construction unsuitable for habitation.

But the strong relationship of the architecture and program of the building with the rural context, the appearance of a type of stone block popularly known as Cantilla among its load-bearing walls (used in the construction of the naves of the cathedral of Malaga in the 18th century), the historical and landscape memory and the desire to conserve the rural heritage, unfortunately passed over in silence, so many factors that drive and nourish the concern for the preservation of buildings; The architect’s concern not to let a building die, which is so humbly the biography of a loyal society that has stealthily enriched the economy of the Axarquía region, is the engine and the fuel of the concern of the architect.

The interior intervention consists of the structural consolidation of a roof that was on the verge of collapse due to the buckling of the wooden beams that supported it, which had been weakened by the woodworm. An iron substructure was designed to support them.

The interior of the house respects the layout, opting only for the renovation of the spaces through the application of materials that camouflage themselves in a timeless atmosphere and coexist with those that have been recovered. In the bathroom, hallway and bedroom areas, the walls are covered up to 2.10 m in height (including the door header) with 14×28 cm Catalan tiles, creating a vertical tapestry surrounding the user in a warm atmosphere. The rhythm of these tiles is modified when arriving in the bathroom by changing their dimensions to 5×25 cm in the washbasin cabinet and the wall, in order to highlight their functionality. Black glazed ceramic tiles indicate wet areas such as the bathtub or kitchen counter. Earthenware tile floors that are scraped and sanded to clean them and then protected with a thin layer of resin. Natural white lime mortars flow over the walls, creating a healthy environment that allows the walls to breathe and prevents condensation. These ceramic materials favor the interior thermal buffer by bringing freshness to the shade during the hot season or by retaining the heat accumulated in the walls during the cold season.

The eastern part of the house contains the nighttime and intimate program (bathroom, hallway and bedroom), while the western part of the building includes the more public part (living room/workshop and kitchen). This differentiation between spaces, use and program is further accentuated by an interior design based on the creation of atmospheres where materiality, light and thermal comfort embrace the user creating a rhythmic introspective journey towards a plane sensory where sobriety, calm and comfort invite the user to reflect and contemplate space-time.

A timeless place protected from urban invasion. It encourages reflection on the life of a construction, its history and its relationship to the place to motivate us to think about new ways of life and the sustainable architecture model of tomorrow. What are the basic needs of human beings to inhabit a space?