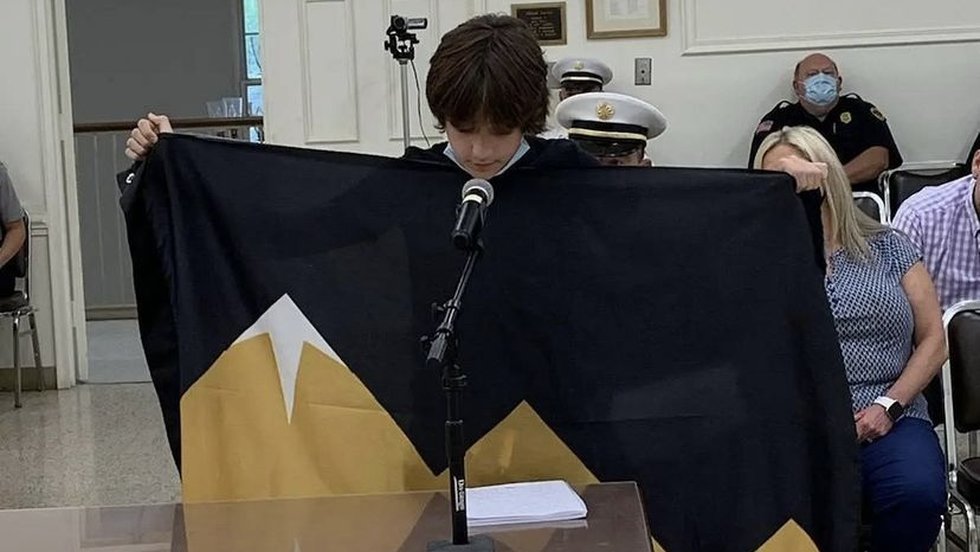 HAZARD, Ky. (WYMT) – A student at Perry County Middle School has created a new flag for the town of Hazard.

Gabriel Vires, 12, said the black and gold symbolized the popular black gold festival and the legacy of coal mining. White symbolizes the nobility of the queen city of the mountains. The increasingly tall mountains symbolize the growth of the city.

Vires presented its latest design at a meeting of city commissioners on Tuesday. City Commissioner Luke Glaser called the proposal a pleasant surprise.

“When young people are empowered and know what they want to do and have the confidence to come and ask for it,” Glaser said. “So we were delighted to have him at town hall the other night.”

Glaser said he was proud but not surprised at Vires’ initiative.

“We have the most comprehensive municipal internship in the state of Kentucky. Our young people who worked in this program have now used it to create a youth social organization, ”said Glaser. “So Gabe is just another in a long line of young children who have had a profound impact on what this city will look like in the next five to ten years.”

Vires said he was eager to showcase his work to the city.

“I was pretty nervous, you know, that’s understandable, but once I could get up there and talk to them it just got a lot better for me,” Vires said.

Vires said he wanted to use his newfound passion to help his hometown.

“It would be a good symbol because the flags, they represent our culture and our heritage, and a lot about where we live, and that’s a very important thing,” Vires said.

Glaser said that while the city has no plans to replace its current flag, they have decided that the Vires design will become the official flag of the Black Gold Festival.

“We listen to our young people. We are invested in their ideas and what they want to do. So when they present opportunities like this, we try to present them as we can, ”Glaser said.

Vires said he was speechless when he heard the news.

“Even thinking of using it as a flag makes me very happy,” Vires said.

Glaser said the city loved the design offered by Vires.

“You know, I’m a millennial, so he’s got the super minimalist thing that we’re passionate about,” Glaser said. “There has been no discussion of replacing our city flag, but we can certainly add this one alongside the collection we already have. “

Vires said he had previously spoken with officials about helping other projects the city has planned.