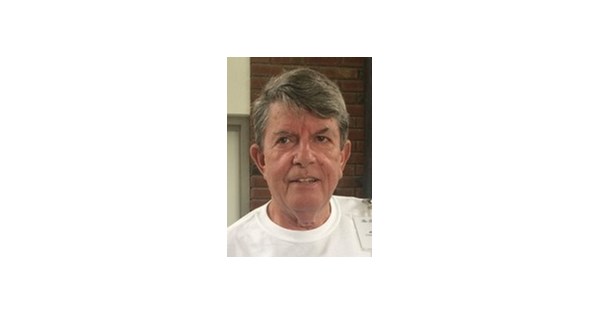 Shelburne, MA – James H. Wenzel, 75, died on Tuesday 12/10/2021 at JGS Lifecare in Longmeadow, MA from an acquired brain injury. He was born in Helena, Arkansas, on April 24, 1946, the son of Henry and Dorothy (Armstrong) Wenzel. Jim attended local schools in Helena and graduated from Helena High School in 1964. Jim attended the Pratt Institute in Brooklyn, NY, where he received a BFA in Interior Design in 1968.

After graduation, he remained in New York working for the internationally renowned industrial design firm, Robert P. Gersin Associates, Inc. for 6 years until he moved to Cambridge, MA, where he briefly worked for Cambridge 7 Architects. Realizing that he must be his own boss, Jim and his wife Joan moved to Arlington, MA in 1977, where they together founded J. Wenzel Inc. creating corporate identities, promotional displays and sales displays at the retail for clients such as Polaroid Corporation, Wang, Data General, BOSE, Eddie Bauer, Dexter Shoe and Stride Rite. The project they devised during this time and which continues to this day is the Fault Proof Pneumatic System that selects winning lottery balls for the numbers game for the Massachusetts State Lottery Commission.

Concurrently, in 1981 Jim and Joan opened two seasonal stores in Boothbay Harbor, ME, namely Best of Country and Union St. Gallery, which they ran for 19 years. In 1993 these businesses were sold and Jim partnered with his nephew John Campbell to establish Franklin County Fabricators in Greenfield, MA. One of Franklin County’s most notable projects was the pedestrian bridge connecting the Green River swimming and recreation area with central Greenfield via the Riverside Community Path. Spanning statewide, FCF provided handrails for the new Broadway Bridge connecting South Boston and downtown Boston, as well as various components for Boston’s megaproject, the Big Dig .

Jim collected paintings by Impressionist artists from New England, including William Lester Stevens, Robert Strong Woodward, and Thomas R. Curtin. He has organized a group of 15 artists from across New England to create new works in honor of local artist William Lester Stevens which will be on display during the 250th anniversary of the “Sestercentennial” in the town of Conway at the Field Memorial Library in June 2017. He enjoyed driving the Western Massachusetts countryside unearthing places where his favorite artists have created their works and researching their life stories. While his professional job has provided him with many travel opportunities, he recently said “… what a great place to be in this world!” referring to his Shelburne home which he has shared with his wife Joan for 28 years.

Funeral services will be private. Arrangements are under the direction of Kostanski Funeral Home. In lieu of flowers, please donate to the Brain Injury Association of Massachusetts at www.biama.org. For condolences, please visit www.kostanskifuneralhome.com

Historic Homes You May Own in the Tucson Area Local News

Why digital transformation is important for interior designers