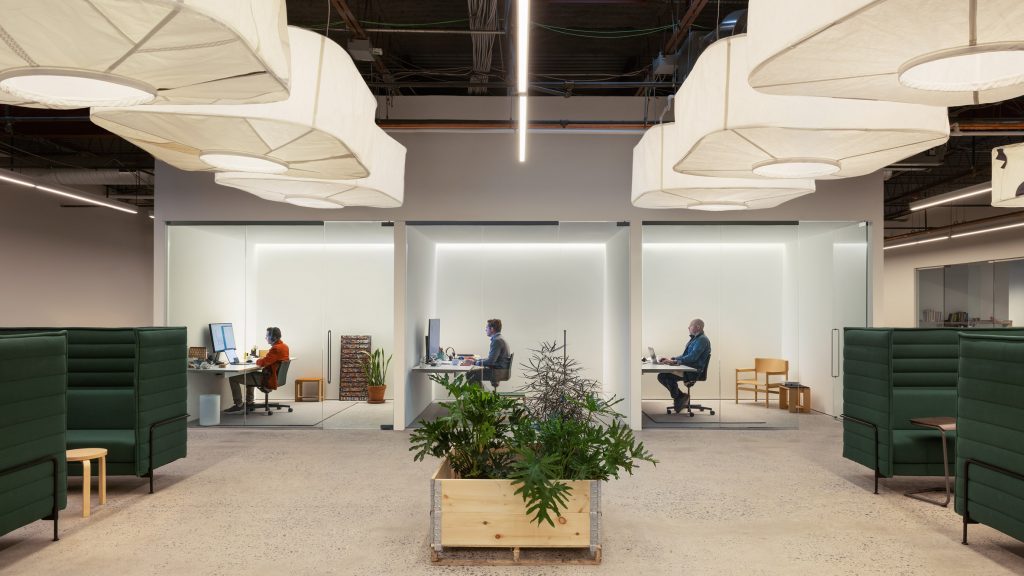 The facility – once a call center for US technology company IBM built in the 1980s – was disused and has a dark stone clad facade.

In order to transform the structure into a new factory and office for the lighting company, RBW and the architecture studios have decided to keep the existing envelope as much as possible.

According to RBW partner Alex Williams, the lighting company “has long been inspired by some of Europe’s most visionary manufacturing campuses” where production and administration are housed under one roof.

To create this type of space, RBW sought to create more hospitable working conditions and decided the envelope needed to be open.

“The building’s new design emphasizes its natural surroundings, highlighting a connection to light and air while maintaining a minimal ecological footprint by repurposing the existing structure,” RBW said.

As part of the new design, the architectural studios decided to place a number of skylights and new windows throughout the building.

A total of 16 glass skylights were placed in the ceiling of the one-story structure, while windows were added along the facade to create what RBW called “harvesting the light of the day”.

Logan took charge of the interior design of the offices. One aspect of this design includes a long hallway where glazed workspaces line up with windows along the facade to maximize views to the outdoors.

Logan has also created bespoke furniture for offices, meeting rooms and gathering spaces. Many of these pieces are crafted from maple with white Corian tops that “blend seamlessly into the architecture of the factory,” RBW said. 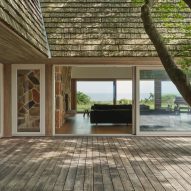 Neil Logan revamps a 1970s stone dwelling in the Hamptons

The factory area, which also holds the company’s distribution, is mostly open, with a series of mobile workspaces arranged under a ceiling with exposed mechanical elements.

RBW said it would expand its production capabilities to supply consumers and its SoHo showroom, using newly available digital and automated technology in the process.

Founded in 2007, RBW is a certified B-Corp known for its modular lighting designs.

Neil Logan has completed a number of commercial spaces in the New York area including an outlet for streetwear brand Supreme that includes a full skate ramp.

Other recent projects in Kingston include the Hutton Brickyards Hotellocated in an abandoned brick factory.

The photograph is from Eric Petschek.