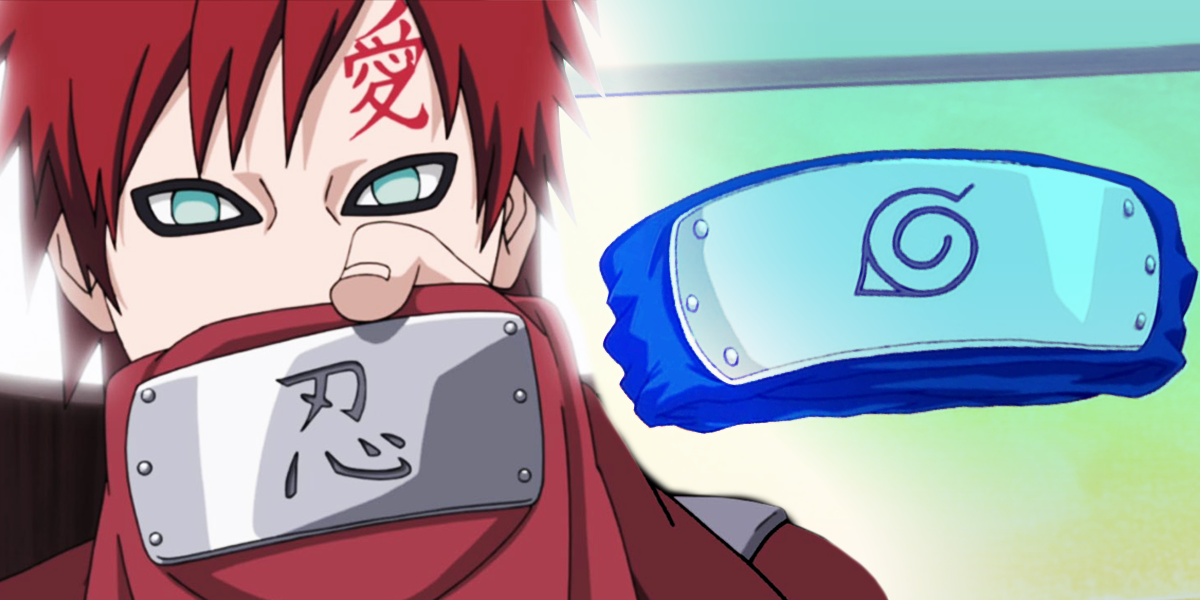 The world of Naruto is all about elite ninjas, and these ninjas have a few things in common, even though they fight for different villages and use different types of jutsu. Most ninjas wear open-toed sandals, and kunai knives and shuriken are standard weapons. Head guards are also a standard issue, and these headbands always have special designs.

A forehead protector is a metal plate on strong fabric that is worn as a headband, and these headbands not only protect the brain, but they also mark the ninja’s home village. Some of these headband designs are more famous or distinct than others, while others are downright forgettable or depict underwhelming villages. How do the most common headband models rank?

The Rain Village is in a small, impoverished nation that often serves as a battleground for larger nations, due to its central location. Despite these difficulties, the Rain Village manages to train its own ninja, and they also have an official forehead protector.

From a functional point of view, these Rain headbands are the same as the others, but their design is simply composed of four vertical lines, to represent the omnipresent rain of this earth. It’s a fitting but boring design for Rain Ninja. Yahiko is a famous rain ninja, along with his friends Nagato and Konan.

The Grass Village is also located in an unnamed country in the Naruto universe, and few, if any, notable ninja come from this particular village. During the Chunin Exam arc, however, a few grass ninjas participated, and Orochimaru himself posed as a grass ninja.

The Grass Headband is like the Rain Headband, in that its design is appropriate but otherwise dull and forgettable. There’s really no way to make regular blades of grass look interesting on a forehead protector, although the designers have clearly tried.

Akatsuki’s Kakuzu was a former ninja from the waterfall village, and he drew a horizontal line on the plate of his headband to represent his shattered allegiance with that village. However, it’s easy to see what the original design looked like despite this scratch.

The design of this headband is a very simple waterfall design, a wide symbol that widens out at the bottom to represent water splashing all over the bottom of a typical waterfall. It works, but it’s a simple design otherwise.

The Village of the Hidden Mist is one of the five mighty villages around the world, located deep in the Land of Water, the birthplace of Kisame Hoshigaki and the vicious Zabuza Momochi. In all fairness, it would be difficult to portray something bland like the Mist with just one symbol, so the designers at Mist got creative.

The final design features four small lines that look a bit like elongated S marks, arranged in two by two. It doesn’t look like mist in any way, however. Maybe the designers could have used teardrop marks for this symbol instead.

The Hidden Cloud Village is home to the mighty Raikage and his brother, Killer Bee, and this latest ninja helped introduce the unique design of the frontal protector to this village. Although this village is known for its heavy use of lightning-triggering jutsu, the headband design does not feature any lightning.

RELATED: Naruto: 10 Things That Make No Sense About Konoha

This design features stylized clouds, with the two larger clouds being connected and the third, smaller one being nearby but detached. This design only vaguely represents the clouds, but it at least looks more interesting than the Rain or Grass designs.

The Land of Earth is a dry and rocky place, as expected, and has many badlands and gorges, perfect for jutsu of all kinds. This village is defended by its old Tsuchikage, Onoki, and it has many devotees who proudly wear the Stone Village headband and its thematic design.

The Stone Village band has two boulders, one larger than the other, and they partially overlap. It is a simple but effective and clear way to convey the earthy nature of the village, and having stones of different sizes was also a good choice.

4 The design of the sand village has some interpretations

Formerly an enemy of the Leaf Village, the Hidden Sand Village is now an ally, in large part thanks to Naruto and Gaara’s newfound friendship and mutual understanding as jinchuriki. The design of the Sand Village is more creative than it looks, and there are at least two ways to interpret it.

Perhaps the symbol for sand is an hourglass, a classic way of using sand for practical purposes, and it is also related to the phrase “the sands of time”. Another interpretation is that this symbol is a gourd with a lid, which would mirror Gaara’s branded gourd backpack, loaded with sand.

3 The Allied Shinobi headband did not need any special symbols

When the Fourth Great Shinobi War began, ninjas from many diverse villages united as one army to face Madara Uchiha’s own army, which meant having a symbol to rally around. For a while, all the ordinary brow patterns were put aside and one particular pattern replaced them.

Each ninja in the alliance had a headband with the character of “shinobi” on it, which is a word, not just a graphic. It clearly stated “we are one as a shinobi,” a wonderfully symbolic and inspiring thing to wear on the forehead. For a time, the role of the ninja united all of these fighters instead of dividing them.

2 The Sound Village headband has a cool and recognizable symbol

Orochimaru founded his own village, the Hidden Sound Village, and donated special headbands and equipment to all of his followers. This headband is made of dark purple fabric and a metal plate with a musical note symbol, which is instantly recognizable.

A musical note is a classic and clear way of representing sound, and not just any sound. It represents music in particular, something that is appreciated everywhere. In manga, these notes sometimes represent a happy, playful tone in dialogue, and this may perhaps be related to the cruel and playful smugness Sound Ninja feels in combat.

This particular headband design is not only the most compelling in the Naruto universe, but it’s also iconic throughout the franchise. Any anime fan would easily recognize this, after all. This symbol actually represents the union of the clans that helped create Leaf Village, which makes it very meaningful.

The symbol resembles a stylized leaf, from its stem to its tip at the opposite end, and the symbol’s spiral may refer to Naruto’s last name and, in fact, to the entire Uzumaki clan, including his mother. Kushina is native. Spirals also play in the Rasengan technique, Naruto’s jutsu of choice. For many reasons, this is the # 1 headband design in the Naruto universe.

NEXT: Naruto: 10 Shinobi Who Ditched Konoha


Next
My Hero Academia: 10 ways Deku is One For All’s best successor

Louis Kemner has been a fan of Japanese animation since 1997, when he discovered Pokemon and Dragon Ball Z in elementary school. Now he’s a bigger anime / manga fan than ever before and is ready to share what he knows with readers around the world. He graduated from high school in 2009 and received his BA in Creative Writing from UMKC in 2013, then put his skills to good use in 2019 with CBR.com. He’s always on the hunt for a wonderful new anime to watch or a manga series to read. You can reach him at [email protected]

Six designs to see at the Isola Design Festival 2021