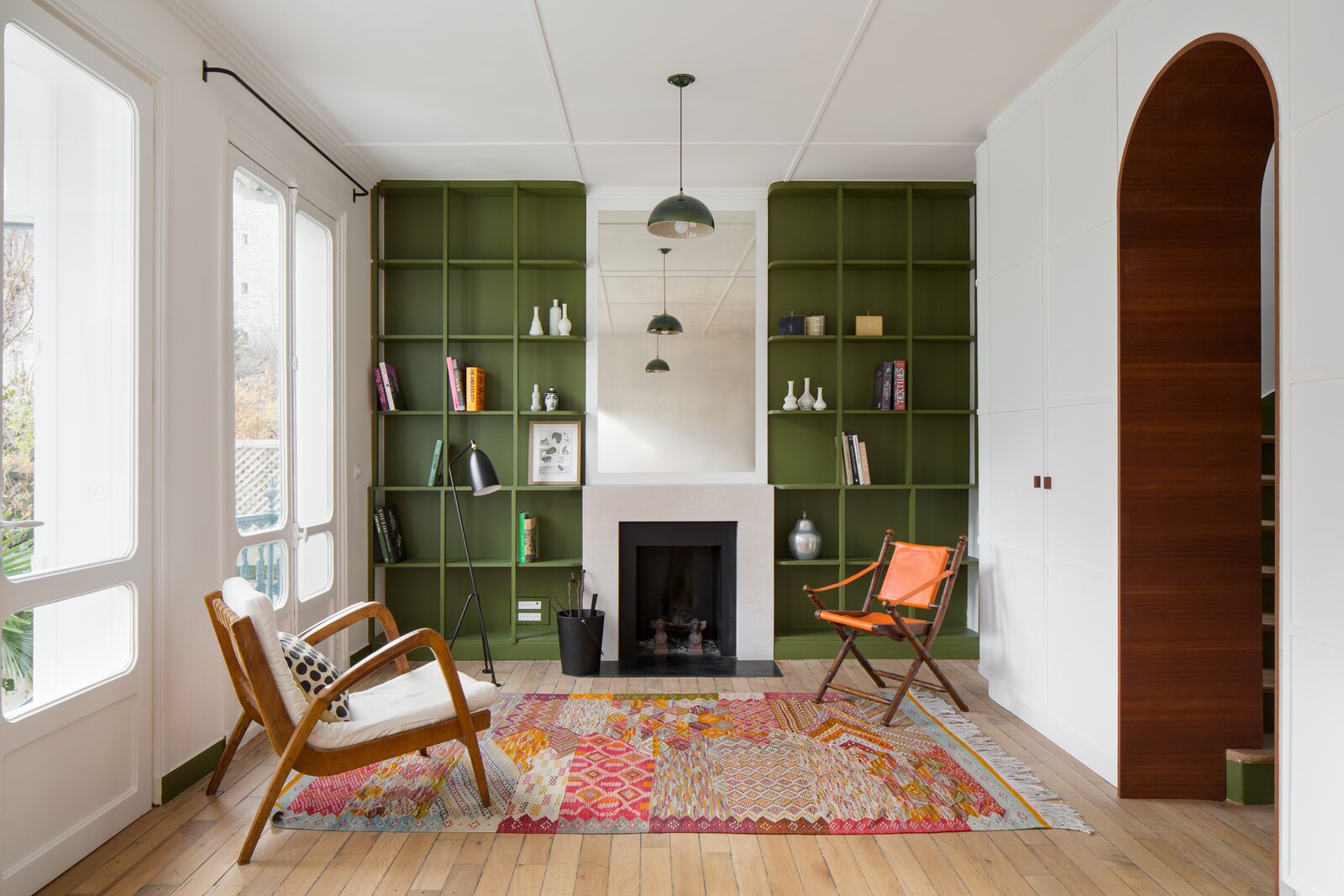 After 30 years without a home, Jesse Brown found his home in a community outside of East Austin. The community first! Village is a 51-acre micro-home and recreational vehicle development that provides permanent, affordable shelter for people who have been homeless for long periods of time. Before moving in, Jesse lived in a tent behind a sign. In 2015, the owner showed Jesse a brochure for the village, but he â€œwasn’t ready to move yet,â€ Jesse explains. After a police raid on his camp in 2018, Jesse toured the village with the store owner and became a resident three months later. Last year, Jesse applied to take on a leadership role as one of the project’s Seed Neighbors, which involves welcoming new residents and giving feedback for the second phase of the plan which will add 310 new homes in the village, including this modest blue sloping roof cabin specially designed for Jesse. Austin-based Jobe Corral Architects worked directly with Jesse on the design. â€œWe do a lot of residential work,â€ explains co-founder Camille Jobe. “We always think of the parts of the house that tell the story of who lives there.” At the entrance, an orange door leads into the living space, where a reclining chair is positioned for Jesse to look out through the screened porch and interact with his neighbors, something he insisted on when crafting the file with the architects. “In my whole life, I’ve never been a part of things,” Jesse says. “Here I am part of a community. If something happens to me, I know someone is going to care.”

Bar Cart Ideas: 10 Inspirational Ways To Have Fun At Home