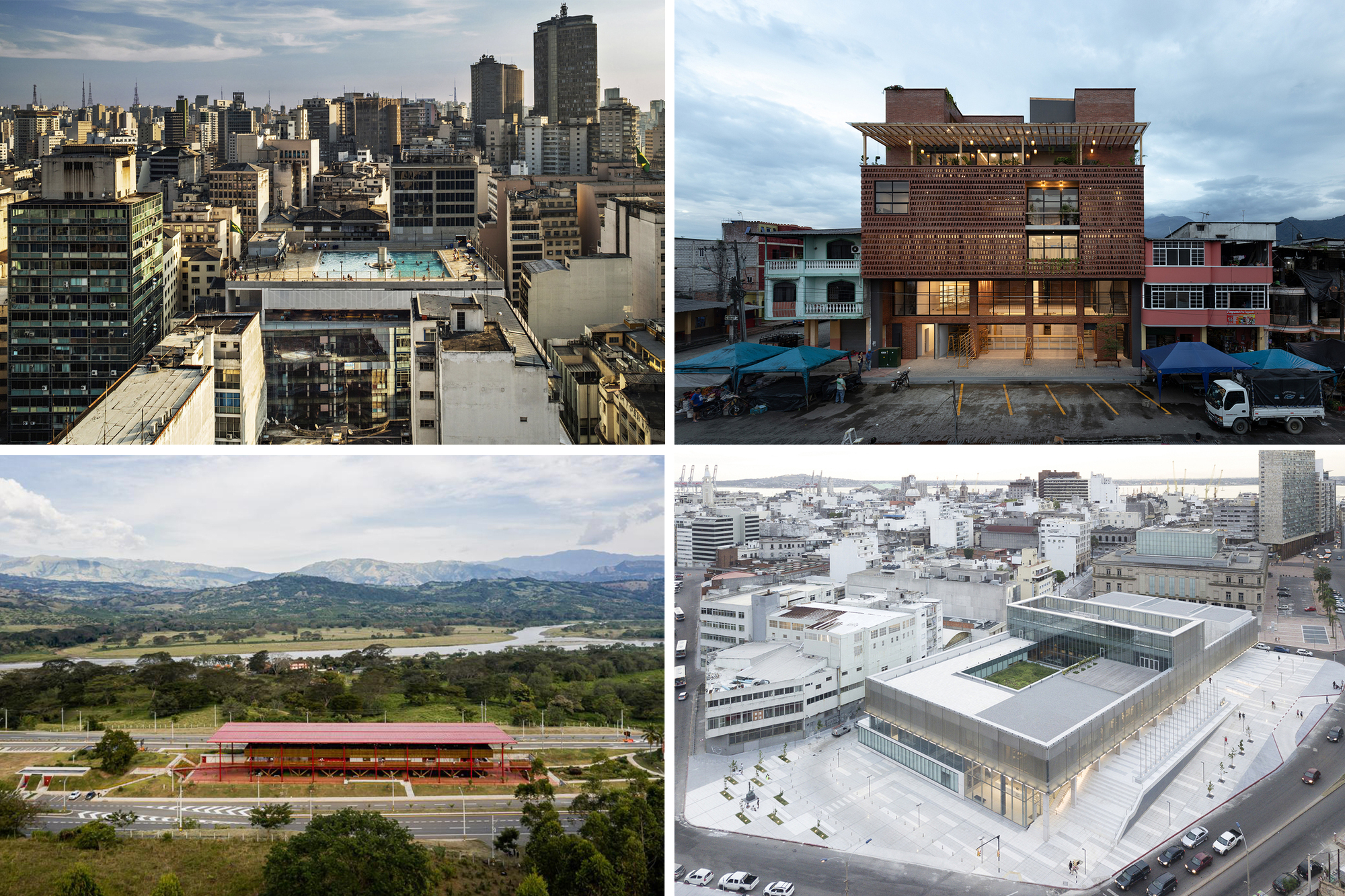 As engines of economy and production, cities are home to the largest masses of people and it is estimated that by 2050 they will be home to 70% of the world’s population. In this context, architects integrate the articulation of mixed uses into their buildings on a daily basis, seeking to promote diversification and avoid mono-functionalization.

From Herzog & de Meuron to Snøhetta, among many other renowned architectural firms, they promote their projects and achievements throughout the world, favoring diversity and promoting the implementation of complementary uses and interrelated activities. within the same building. Faced with this strong global trend that involves the concentration of the population in urban environments, cities are presented as instruments aimed at improving the quality of life of citizens and the mix of uses is conceived as a means capable of recognizing and valuing the cities that were built.

In the Latin American territory, we will now present 10 mixed-use projects that enter into dialogue with their environment and integrate cultural, sports, industrial, commercial and other uses, achieving the coexistence and development of each of the activities as a whole. .

“As part of a new market concept, MUT will offer integrated gastronomy, culture, offices and retail with gardens, plazas and sustainable modes of transport. In this way, it seeks to anticipate how we want to walk, work and live in the city – like an urban campus designed for the world of tomorrow.”

“In order to facilitate social gatherings and revitalize urban life, the more than 20,000 m² of green spaces, squares and gardens are integrated with offices, shops and other interior spaces.”

“About the project, it aims to recycle 80% of the original structure to create a building of almost 15,000 square meters. Aiming to unite the two neighborhoods previously separated by the old construction site, it will include approximately 4,000 square meters squares of public terrace and green space with pedestrian walkways and parking for 250 cars.”

“La Proveedora reflects and proposes strategies of compactness and diversification; revaluing local technique and work. An intention to read the context and contain a multiple program that responds sensitively with artisanal materials, sustainable urban scales and dynamic lifestyles. A space to offer and shelter in the energy development of the city.”

“[…] it appears as an opportunity to concentrate the activity dispersed around this district and to create a new cultural, economic and activity pole, both at local and metropolitan level, a social condenser that revitalizes the city center by superimposing plans which will host community programs: parking, offices and coworking, cultural and commercial spaces […].”

“The result is a very flexible infrastructure waiting to be occupied by different types of users. An exposed concrete superstructure with a clean and striking geometry relates to the urban environment, rising and providing views, to the both near and far.”

“These CCO centers generally served only as buildings connected to highways and their operation; with no relationship to the surrounding communities. collection point, a market for local products, an open-air cinema and sports fields, transforming the CCOs from structures designed for efficiency into places of community building and improving the living conditions of farmers in the region.

“As a building for public use that brings together culture, sport, education, health, recreation and leisure, the SESC Guarulhos was conceived as a large democratic and welcoming space that seeks to encourage and stimulate encounters, coexistence and interaction between people.

“In this context, the project seeks to emphasize the status of SESC as a social communicator and cultural polarizer through an architecture oriented not only towards the specific solutions of its activities and functions, but also towards the construction of a more urban scenario continuous, coherent and unitary.”

“[…] a building with a mixed program was needed, in a sector of the city steeped in history and strong urban symbols, on a site on the edge, a meeting point between the “Old Town” and the “New Town” outside the walls of the city. “

“The institution’s offices, a cinema complex for the Cinemateca Uruguaya, the relocation of the historic FunFun bar, parking lots and public changing rooms are the main functional areas of the project. The conditioning and recovery of the immediate urban environment are key requirements of the entire intervention, so the biggest challenge was to achieve the coexistence of such diverse functional requirements in the same building and urban space.

“The new unit stands out as an extension of the avenue itself, establishing itself as a territory free of appropriation by the general public. Among its structural characteristics, the concept develops in the large entrances, in the different spaces of living – with square interiors and a terrace at the top – and even in the choice of materials, such as the use of anti-reflective glass.”

“For decades, Landa Arquitectos has promoted the development of downtown Monterrey. The benefits of this include: densification (which reduces distances and saves resources), exploitation of existing infrastructure (reducing the costs of public administration) and the creation of spaces for people of different to come together in a segregated city. Pavilion M is the first step in this process. Its construction has triggered new projects for Landa Arquitectos and other companies in the region.

“Landa Arquitectos has been actively involved in improving the public space as well as the pedestrian infrastructure around Pavilion M. A wide sidewalk now connects the complex to the central square of the city.”

“We believe that the process of transformation and development of cities like São Paulo is slowly adapting to changes in the customs and lifestyles of the societies that build them. The new SESC unit, a complex set of equipment and services of leisure, which will occupy the former Mesbla headquarters building, located at the corner of 24 de Maio and Dom José de Barros streets, in downtown São Paulo, is an exemplary problem of transformation into an urban built heritage .”

“With these premises, the proposed project aims – in addition to its simplicity of use and the adaptation of the equipment which was originally used for uses of a nature as diversified as those proposed – to contribute effectively to the desired development of a sector also remarkable in the city. […].”