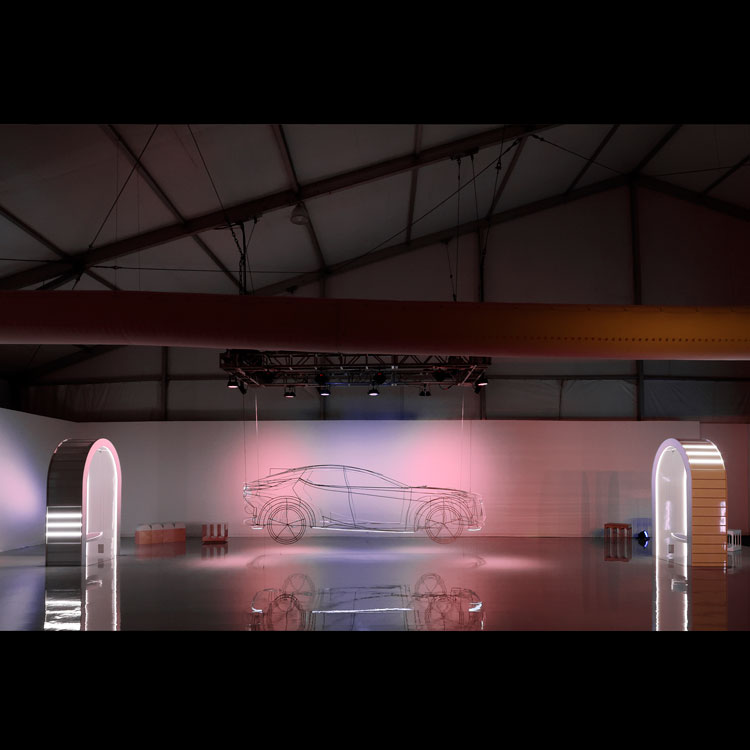 Even to a casual observer, it’s clear that Lexus has embraced the design over the past decade. Its annual design awards, which spotlight young creatives from around the world, have been held since 2013. The luxury car brand has also been present at international design festivals, including Milan Design Week since 2005. This month- Here, the Big Design Challenge debuts – a TV show competition developed by the V&A and Lexus.

It accompanied a rebuilding of Lexus and its parent company Toyota “from a design perspective” that began more than a decade ago, according to Simon Humphries, who heads design for the two car brands.

Humphries joined the company in 1994 and was appointed to oversee design for both brands in 2018. During that time, he tried to strike a balance between listening to ongoing conversations and following his instincts. “I think sometimes there’s a tendency to fall one way or the other,” he says. “In other words, don’t listen to anything.”


How does he maintain this “synergy”, as Humphries calls it, on a daily basis? A crucial way is to amplify the opinions of young designers; he often encourages them to speak before more experienced colleagues. It was key to the development of the Lexus NX, a mid-size SUV which was launched in the UK in 2014.

A younger member of the team designed the model – which fit well with Lexus’ ambition to be “provocative”, says Humphries – but the non-conforming design proved controversial. His job was to retain the “initial flair” of the idea through back-and-forth conversations (there’s always a danger of the “color coming out white,” says Humphries). In the end, the design team just went for it. The success of the NX – it’s one of the brand’s most popular models – has validated this approach, he believes.


It is also essential to maintain a diverse range of designers. “A lot of companies, not just automakers, put people in silos,” he says. Keeping the disciplines together, from interiors to CMF to UX, is especially important in the automotive sector. An interior designer will need to consult with a CMF designer about the possibilities and limitations of a particular element, he explains. In the future, as ideas around mobility develop, this interdisciplinary approach will only grow, according to Humphries.

When it comes to steering design at Toyota and Lexus, Humphries has a clear idea of ​​the differences between the brands. With Toyota, it tries to “embrace diversity” among its many models. Lexus has greater consistency between its models and its brand image; the brand recently announced that it would display the wordmark on the rear of all vehicles instead of the logo. Things are moving for Lexus, however. Although regional variations still exist – Lexus also has design studios in France and California – there is “less disparity in design” than 30 years ago, Humphries says.

When it comes to questions about future mobility, the answer isn’t necessarily “four tires,” Humphries believes. In 2020, Toyota announced Woven City, a prototype city where people can “come together to heal, grow, learn, and create new possibilities for a collective future.” A trailer for the site, which is being built at the foot of Mount Fuji in Japan, showed an interconnected, tree-filled world with futuristic vehicles and robots.

Communication design will be key to making some of these concepts relevant to people. “We have to be careful about what we say to people and how we say it,” Humphries says, especially in a time when “people are incredibly confident in how they consume and choose design.” Autonomous vehicles have one of the biggest image problems. “There are a lot of people who don’t see that as a positive thing,” he explains, and it’s not hard to see why. Many stories about autonomous vehicles focus on logistical and safety issues.

Another challenge can be engaging traditional drivers, those with an emotional attraction to driving. Humphries thinks a reframe is needed. Help people understand that self-driving cars improve the driving experience — and it’s not an all-or-nothing situation, he says. Humphries seems optimistic about this challenge. There is also a lesson to be learned from history; he’s keen to avoid a Betamax vs. VHS-style war where people feel forced to choose between technologies.

The influence of Japan

At December’s Design Miami festival, Lexus unveiled a sculptural version of its electrified LF-Z concept car. The steel wire installation was highly conceptual – designed by local designer and architect Germane Barnes – providing an interactive light experience for visitors. It was accompanied by a pair of arched swings, which refer to the “gateway between our present and the possibilities of the future”, according to Lexus. Barnes, a Miami resident, told Design Week how the project relates to the complexity of the city’s relationship with cars. Cities may depend on cars, but highways also divide neighborhoods.

Location also had a big influence on Humphries, who has lived in Japan for more than three decades. When he first arrived in the late 1980s, it was during the “Japanese bubble” era, a time when stock prices were booming. The ripple effect on technology—particularly in the booming electronics district of Akihabara—captured Humphries’ imagination. Japan’s attitude towards innovation continues to influence its approach to automotive design, especially given the diverse needs of its drivers.

He thinks the majority of Tokyo residents don’t see the need for private ownership – a sentiment that can be seen in the city’s car-sharing programs over the past few decades. Now he sees opportunities to build on this trend to tailor vehicles to specific needs. The car people want to drive on Monday may not be the car they want to drive on Saturday, for example. Connectivity, and a sleeker way to connect your phone to a vehicle, will be another challenge, according to Humphries.

“It’s not that easy, design”

Of course, embracing the design so publicly doesn’t hurt Lexus’ reputation at a time when car brands have big image problems. For his part, Humphries values ​​the brand’s rewards program (he became a judge in 2020) and its role in supporting young talent. “If they choose to work for us in the future, that’s great,” he says. “As a company and a society, we are trying to create a better future.”

He also talks about his personal experience. In 1988 Humphries won the Royal Society of Arts Fellowship award for product design – the prize was a trip to Japan, where he worked briefly for Sony. This sparked his love for the country’s design scene, a scene he describes as “aggressive and forward-looking.” “These types of event events are extremely important because they can propel people in new directions,” adds Humphries.

The new Big Design Challenge TV show could also have a huge ripple effect on the perception of design. Young designers will participate in challenges that will hopefully convey the complexity of the design process to the general public. “People tend to think it’s an easy thing to do,” he says. “But it’s not that easy, design.”