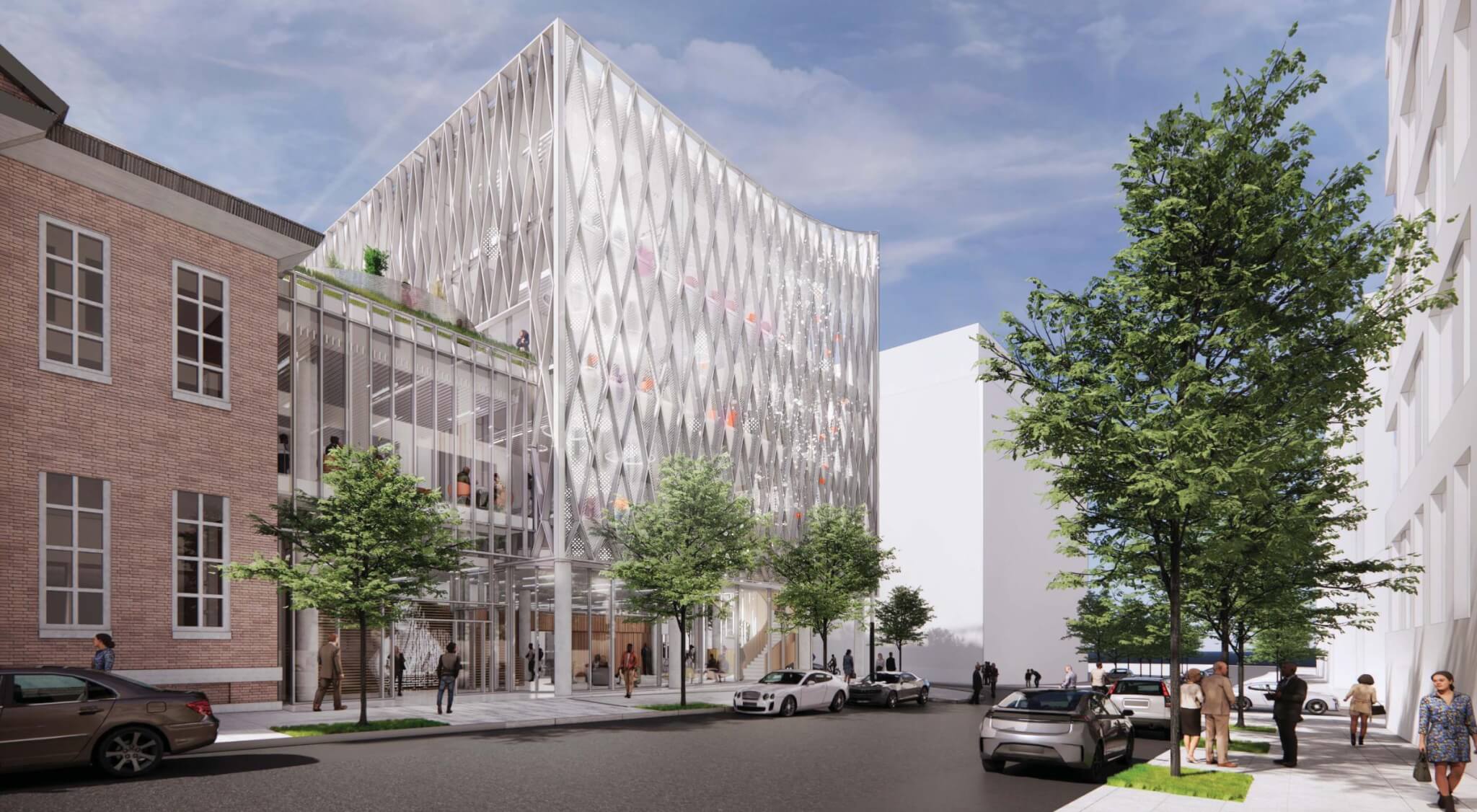 The legacy of Henrietta Lacks, a black woman from Baltimore County who underwent cervical cancer treatment at Johns Hopkins University in the 1950s and whose cell samples are still used for scientific research, will live on with the construction of a new building on campus medical East Baltimore from the prestigious research university. The installation plans have been first announced by Johns Hopkins in 2018with design by the North Carolina-based company Architecture of the vines unveiled last weekend.

The Henrietta lacks research building will rise right next to Deering Hall, a squat red-brick building originally built in 1879 as a police station that for the past decade has housed the berman institute of bioethics. Spanning 34,000 square feet, the new structure will include space for education and research in the form of classrooms and meeting rooms that can be used by the university and the wider East Baltimore community. .

Renderings from Vines Architecture detailing the proposed design show two connected structures with transparent facades. The taller building features a criss-cross pattern on its main face, while the smaller one, designed with a more linear grid on its facade, has a landscaped roof.

“The expression of this building is unique to its surroundings, as Henrietta Lacks was an African-American human being unique in this world. Our team worked to design a building that fits into the urban context but has a particular identity which we hope justifies the name of Henrietta Lacks,” said Vines Architecture President Victor Vines and Design Director Robert Thomas in a statement. “As we continue to progress on the design, we believe this building will remain a vital way to share the story of Henrietta Lacks for generations to come.”

In designing the new building, the university and the Vines Architecture team worked closely with surviving Lacks relatives to create a design not only worthy of its contribution to science and medicine, but also a place that embodies who she was.

“It’s exciting to know what the building named after my grandmother, Henrietta Lacks, will look like from the captivating exterior of its heritage. I’m excited to see it introduced to the Baltimore community,” said Jeri Lacks Whye, who is a member of Henrietta does not have a construction advisory board alongside four other family members as well as East Baltimore residents and university officials. “The design reflects not only her strong and beautiful spirit, but also the important role she plays in the history and future of East Baltimore.”

Although Lacks, who was born in Virginia and moved to Baltimore County in the 1940s, eventually died of her illness in 1951, the cells taken from her body, known today simply as HeLa cells– upon biopsy were capable of remarkably rapid duplication, and therefore survived. His legacy was the subject of the 2010 book The Immortal Life of Henrietta Lacks; the book was later adapted into an HBO TV movie of the same name starring and co-produced by Oprah Winfrey.

In the decades following the sequestration of the Lacks cells (without consent or compensation from the family, as was common practice at the time), the HeLa cell line enabled the research of many medical and technological advances, including the development of vaccines against viruses such as poliomyelitis and COVID-19, as well as research on AIDS and cancers. The cell line has even been used for the study of weightlessness. Lack cells not only laid the foundation for biological research and progress, but also sparked discussion about the ethics of how body parts are used by the scientific community. In 2013, Johns Hopkins, the Lacks family and the National Institutes of Health decided that scientists could no longer freely use Lack’s cells and his “genetic fingerprint” and must instead obtain permission.

Further approvals are required for the planned building following an initial meeting that presented the design to the Baltimore Planning Department’s Planning and Architectural Advisory Committee.

“The architectural design of the building that will bear the name of Henrietta Lacks reflects Johns Hopkins’ commitment to proudly honoring and celebrating Ms. Lacks’ extraordinary legacy on our campus,” added Ronald Daniels, President of Johns University. Hopkins. “We are thrilled to share these plans with the city’s Design and Architectural Advisory Committee, and we look forward to continuing to work closely with the Baltimore community and Henrietta Lacks’ family as this important project is progressing.”

The university and the design team expect design work to continue through the end of the year, with completion expected in 2025.