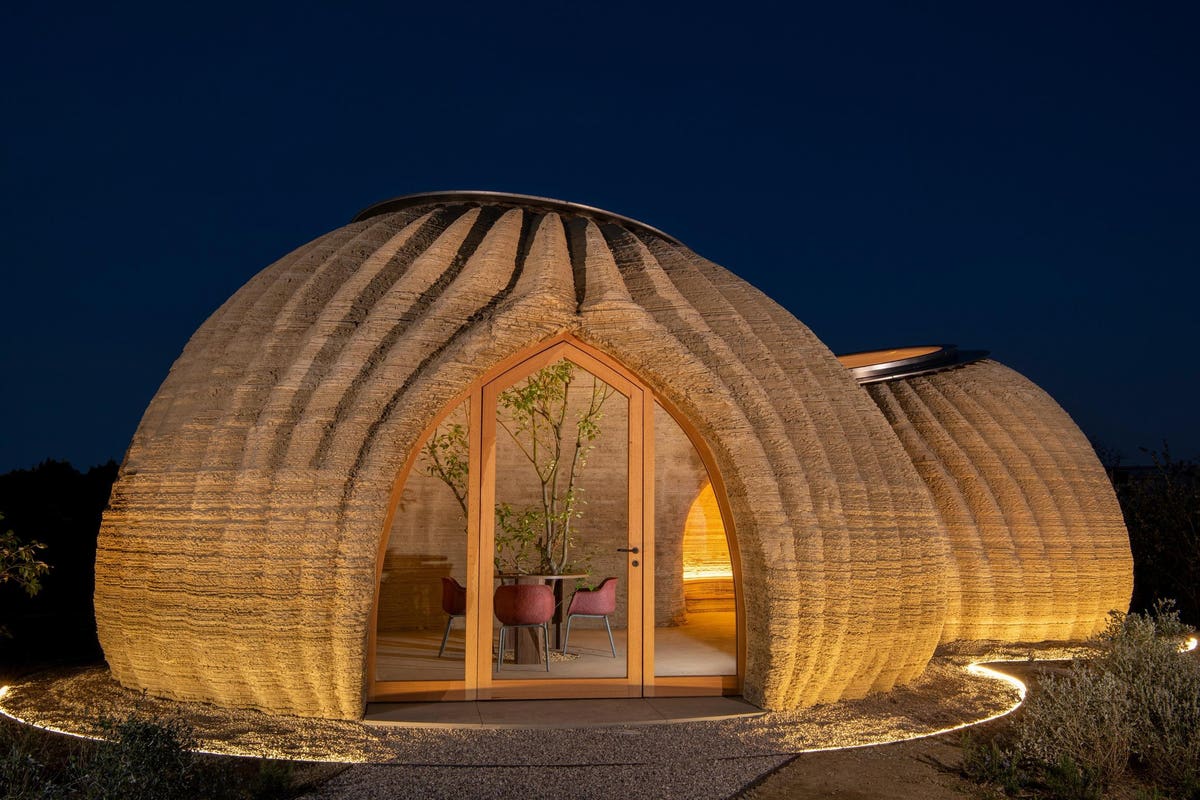 Just outside Ravenna, architect Mario Cucinella tested his first 3D printed earth house this summer. With warm terracotta tones and an organic dome shape, it looks like something ancient desert populations could have built centuries ago. In fact, the primitive appearance belies the cutting edge construction technology used to create a structure that Cucinella hopes will fight homeless and displaced communities after emergencies or natural disasters.

Cucinella nicknamed his house TECLA, in reference to the interplay between technology and clay. In collaboration with WASP, an Italian company specializing in large-scale 3D printing, Mario Cucinella Architects imagined a quick-build house built in raw earth. “I thought this idea of ​​combining cutting-edge technology and using a material that is part of the history of architecture and humanity was a great combination,” explains Cucinella. By using natural local materials, he also ensured that the constructions were environmentally friendly and biodegradable. “The aim was to match the 2030 agenda in zero emission Europe.”

This summer, several printers on site took care of the construction of the 60 square meter prototype. 3D printers built the dome-shaped structure in layers, without any scaffolding. After 200 hours the house was finished. It consists of two round and bulbous shapes fused together, with undulating exterior walls.

The interior consists of a living room, a bedroom and a bathroom. Curved furniture emerges from the walls, such as seats and tables created during the printing process. In the living room there is a large round skylight, while slightly wavy walls lead to the bedrooms and the bathroom.

For Cucinella, there are two key elements in its design; that it can be built quickly and that it can be inhabited almost immediately. Indeed, he envisioned mud dwellings as emergency housing in conditions where housing must be provided in a short time.

In 2016, the hilltop town of Castelluccio di Norcia was devastated by an earthquake. Residents were forced to move to temporary accommodation, which was far from luxurious. “Emergency buildings are always a terrible place,” Cucinella says. This is the kind of situation where he sees his printable houses come to the rescue because he “just has to send a printer.”

Because the structure is built from earth, it can be built almost anywhere using local soil. 3D printers can create different shapes to suit different climates and site environments. “If I design a building in a hot and arid climate, I have to protect the building well and make thicker walls to ventilate it,” Cucinella gives as an example. It also means that there is no need to install air conditioning or heating due to the insulation provided by the walls. There are LED lights and hopefully soon a system to collect and purify rainwater. And with the basic interior furnishings generated during the printing process, occupants can move in quickly.

Cucinella also wants to use the low-cost, quick-build houses to tackle homelessness issues. He sees a potential for mass production where dwellings could be part of landscaped towns and “a new local vernacular way of building sustainable and affordable homes for those who struggle to own property.”

The project was chosen as a pioneering example of zero carbon construction for Build better now, a virtual exhibit at the COP26 Climate Change Summit in Glasgow. “We have lost the knowledge of building design related to climate,” says Cucinella. “For the past 50 years, buildings have looked the same all over the world. He thinks that COP26 could have an impact on the evolution of architectural construction to be more sensitive to climatic conditions and look to the past to find solutions. “If you design well, have empathy for the climate and the right direction, buildings can solve a lot of problems,” Cucinella explains. “When Marco Polo went to Persia in the 13th century, they gave him ice cream because they had designed a special building that was empathetic with the climate.”

Likewise, the architect considers the maintenance of buildings as a fundamental aspect of the architecture that we have lost. His 3D printed mud house would need regular maintenance and protection, but “maintenance has always been linked to architecture” and with it, can go on for centuries. “Taking care of buildings is also part of sustainability,” he says, “it makes you more aware that you are responsible. “