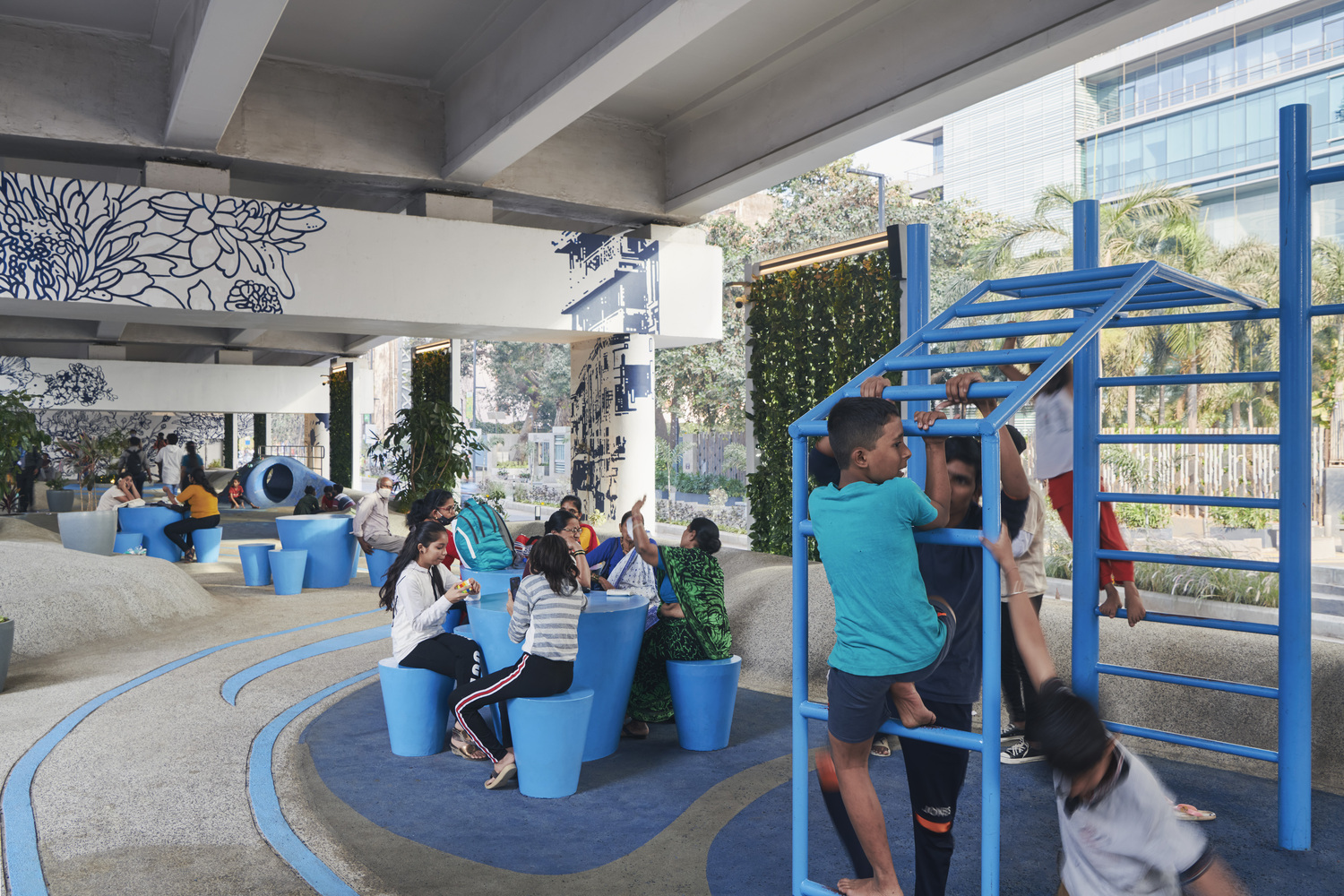 How do new building materials prioritize human safety and well-being?

How do new building materials prioritize human safety and well-being?

It is expected that from here 2050, the rapid depletion of raw materials will leave the world without enough sand and steel to build concrete. On the other hand, the cost of construction continues to soar, with a increase between 5% and 11% compared to last year. And when it comes to its impact on the environment, the construction industry still represents 23% of air pollution, 50% of climate change, 40% of drinking water pollution and 50% of landfill waste. Obviously, the construction industry, the environment and the human race face many challenges that influence each other, but it is the human being who is most disadvantaged.

In response to global challenges such as climate change, discrimination and physical vulnerability, designers and engineers around the world have developed innovative building materials that put human well-being first in urban, architectural and interior. 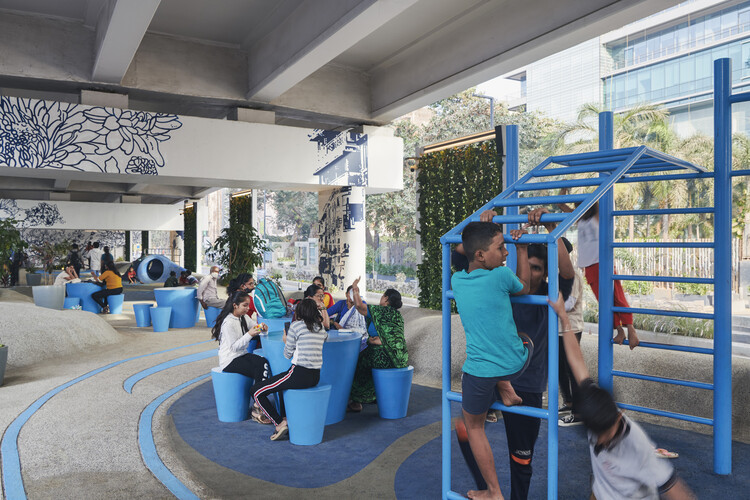 It’s no surprise that design has become an essential contributor to the scientific processes of materials development. Since the beginning of mankind, materials have shaped mankind, providing tools that have advanced the social, economic, and civil structures of the human race. Fast forward to modern times and changing needs, innovative designs, as well as advanced materials and technologies are shaping industries, economies and ultimately the future. The last decade, however, has seen an unprecedented focus on human well-being, whether physical, emotional or mental, which has become a starting point for the development of new materials.

Cement/electroluminescent concrete has been one of the most comprehensive building materials of the past decade. In addition to its ability to illuminate highways, roads and cycle paths at night without using electricity, ensuring pedestrian safety, this innovative material can also compensate for the poor environmental performance of the material. Recently, undergraduate engineering students at the American University in Cairo have developed a bioluminescent-type, sunlight-absorbing concrete that emits its energy at night in the form of light rays “to reduce the massive amount of energy used in highway lighting and road signs needed for safe journeys “. Glow-in-the-dark concrete has long been seen as a significant solution to the construction industry’s impact on the climate crisis. Initially developed by Dr. Jose Carlos Rubio of the Michoacan University of Saint Nicholas of Hidalgo in Mexicothe innovation modifies the microstructure of the cement to eliminate the crystals so that when combined with water, it turns into a gel, absorbs solar energy and releases it in the form of light.

Although each material has its own lifespan, most building materials, especially composites, tend to deteriorate after many years of load bearing and exposure to external factors. Materials often exhibit this deterioration, for example through cracks, but in some cases the damage tends to go undetected, creating a physical risk for people using these surfaces on a permanent basis. Faced with this dilemma, Researchers from ETH Zurich in collaboration with researchers from the University of Friborg have developed a new type of laminate that changes color as soon as the material deforms. With the aim of developing new techniques for the early detection of damage or possible failures of certain materials, the lightweight composite laminate is composed of alternating layers of a plastic polymer and artificial mother-of-pearl. The mother-of-pearl is exclusively developed by the Laboratoire des Matériaux Complexes, and is modeled on the mussel shell, with several glass plates compacted and arranged in parallel, which makes it extremely hard and unbreakable. The second layer consists of a polymer with an additional indicator molecule. This molecule is activated as soon as the polymer undergoes stretching forces by modifying its fluorescence. The more the material stretches, the more these molecules are activated, leading to more intense fluorescence.

As a highly earthquake-prone country, Japan has recently started using CABKOMA strand rods on the exterior of its buildings. As seen at Komatsu Seiren’s headquarters in Kengo Kuma, this thermoplastic carbon fiber composite is used specifically for resilience purposes by protecting structures against earthquakes. Apart from its aesthetic features, it is the lightest seismic reinforcement in the world with high tensile strength.

To detect when users are driving on the sidewalk, Micro-mobility company Lime has built its own camera-based sidewalk detection technology. While it’s up to cities to choose whether to audibly alert users, actually slow them down, or both, both functions are available. Cities have long accused micro-mobility companies and scooter riders of riding on sidewalks, but have rarely taken the initiative to invest in properly protected bike lanes. This has caused several major operators to implement some form of Advanced Rider Assistance System (ARAS) for scooters over the past few years.

In response to the current climate crisis, especially as the construction sector contributes to 23% of air pollution, architects and designers have taken great steps to reduce the carbon footprint during and after construction. “Breathe Bricks,” or pollution-absorbing bricks, are an effective alternative to conventional bricks, developed by Ar. Carmen Trudell, assistant professor at Cal Poly San Luis Obispo School of Architecture. Inspired by the “cyclone filtration” of vacuum cleaners, these bricks follow the principle of air filtration by filtering the outside air, separating pollutants and dust, then transferring it inside the structure. The bricks are shaped like a porous concrete block with interior wells and a faceted design to direct airflow inside the unit.

After the pandemic, almost every industry launched their own “antibacterial” product, and the interior design industry was no exception. Several paint companies have developed interior paints for walls and furniture surfaces with patented disinfection technologies which are said to kill 99 percent of certain bacteria (staph, E. coli, MRSA, and VRE, to name a few) that land on its surface within hours of exposure. In fact, the The antimicrobial paints and coatings market size is expected to grow from USD 3.7 billion in 2020 to USD 9.54 billion by 2029indicating its positive impact on users.

This article is part of the ArchDaily topics: The future of Construction materials. Each month we explore a topic in depth through articles, interviews, news and projects. Learn more about our ArchDaily topics. As always, at ArchDaily, we welcome contributions from our readers; if you wish to submit an article or a project, Contact us.

Timeless design icons: how to style your home in a sustainable way

Here are some great gift ideas for car lovers