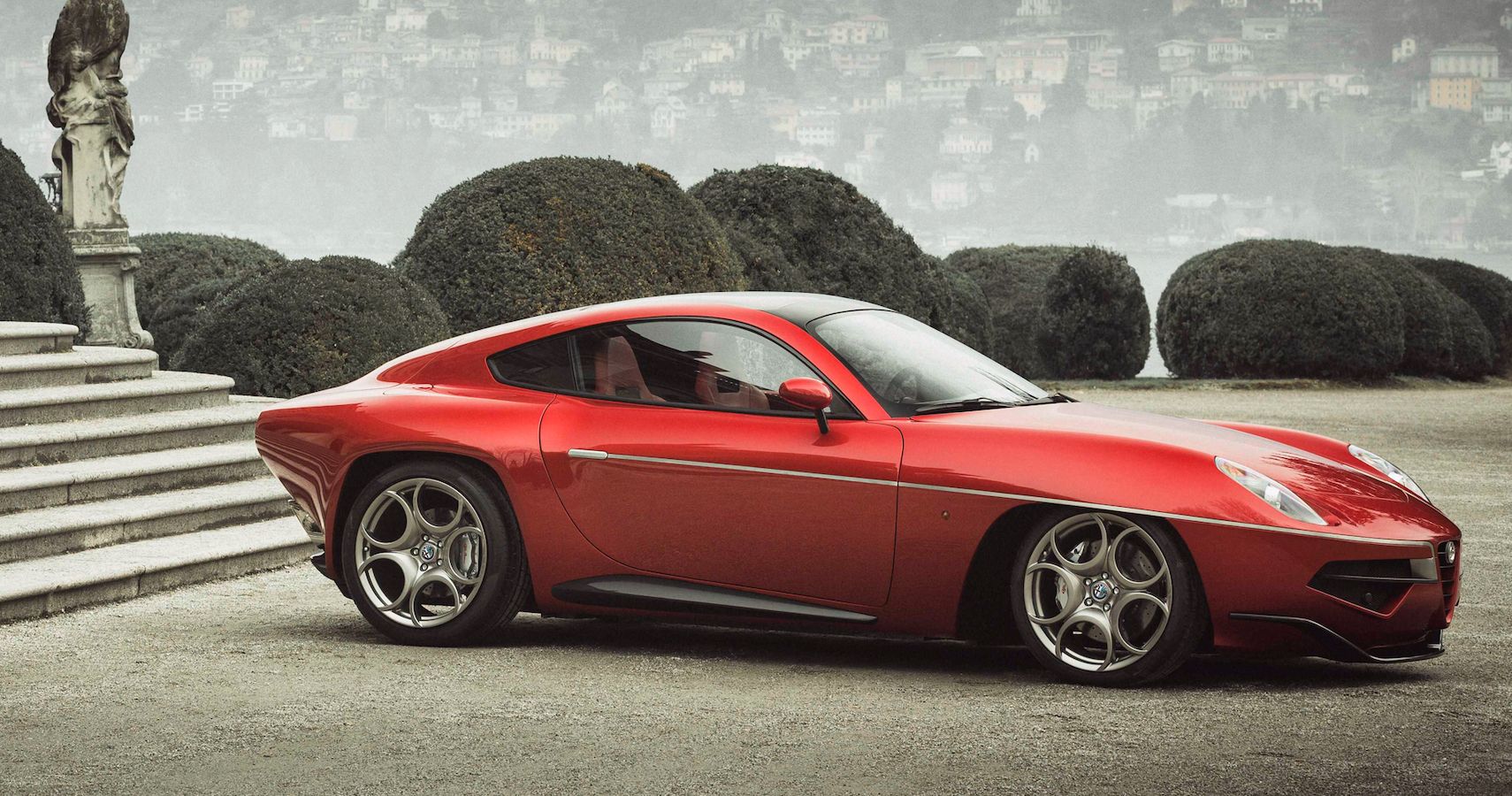 Disco Volante means in Italian “Flying saucer”, a suitable name for a futuristic design and exclusivity. It’s so rare, there are only eight coupes. Paying homage to the bodybuilder’s 90th birthday, Superleggera developed a Spyder version of the Disco Volante in 2016, of which they only produced seven.

Founded in 1926, the Milanese coachbuilder patented the Superleggera construction method. In addition, the company was responsible for the design and handcrafting of high-end custom cars to customer specifications. For example, the Aston Martin DB5 and Lamborghini 350 GT all wear the Superleggera badge. After having been dormant since 1966, the company was reborn in 2006.

The Disco Volante was a capable performer with a powerful engine under the hood, although it was always considered a Gran Tourer. Developed to cover long distances with style and pace. Without forgetting the evocative symphony of the Ferrari-derived V8 providing thrills. In 2013, the Disco Volante won the â€œDesign Award for Concept Cars and Prototypesâ€ from the Concorso d’Eleganza Villa d’Este.

The designers at Carrozzeria have certainly created a masterpiece on wheels that is both unique and timeless. Beauty is in the eye of the beholder, however, the Touring Disco Volante is without a doubt one of the most beautiful cars of the 21st century.

Touring’s Disco Volante was built on the foundations of the sensational Alfa Romeo 8C Competizione. With a naturally aspirated 4.7-liter V8 under the hood, the Alfa developed 450 horsepower and 480 Nm of torque at the rear wheels. Paired with a six-speed sequential paddle-shift gearbox, the Italian UFO could teleport its occupants to 62 mph in just 4.2 seconds. In addition, it had a top speed of 181 mph.

The location of the Ferrari V8, provided a load distribution of 49% to 51% between the front and the rear. In addition, the car also incorporated carbon-ceramic brakes, a limited-slip differential and double-wishbone suspension. The suspension components, however, were tuned softer for the Disco Volante, instead of keeping the stiffer ones from the Alfa Romeo 8C.

The design was out of this world

The ultra rare Alfa Romeo Disco Volante is one of the most exquisite cars in the automotive world. Touring provided a modern interpretation of the experimental C52 racing cars of the early 1950s.

The brilliant Alfa Romeo 8C Competizione provided the rolling chassis with transmission and electronic systems. In addition, the stunning Alfa was built by hand using traditional skills. The use of hand-beaten aluminum panels and carbon fiber reinforced plastics added to the aesthetic quality of the unique sports car. Additionally, using the Alfa Romeo 8C as a donor car, the Italian coachbuilder put in 4,000 man hours over six months to complete the Disco Volante to unique specifications. Plus, the attention to detail and skillful execution of shapes and lines is simply out of this world.

The basic design of the interior architecture is similar to that of the Alfa Romeo 8C. However, the Flying Disco adopts unique aviation-inspired styling touches that set it apart. The seats were covered in a combination of leather and Alcantara, with contrasting stitching. Plus, LED lighting illuminates the interior, and the prominent ‘Disco Volante’ name on the seats gives a futuristic spaceship look befitting the car’s name. In addition, a plate between the seats displays the unique production number.

How much is the Volante Disco worth today?

This handcrafted Italian masterpiece is rare as a UFO sighting. With just eight Disco Volante coupes and seven Spyder developed, the cost to those who could afford it would have exceeded $ 500,000.

Prices for the superb Alfa are rarely disclosed these days. As a rough guide, according to Classic.com, the current average price of the Alfa Romeo 8C is around $ 300,000. Therefore, the current value of an Alfa Romeo Disco Volante is expected to be closer to $ 1 million.

Everything we know about the 2020 Alfa Romeo Tonale

With Alfa Romeo recently returned to the US market, we are excited to see what the 2020 Alfa Romeo Tonale has to offer.

10 most inspiring cities for interiors