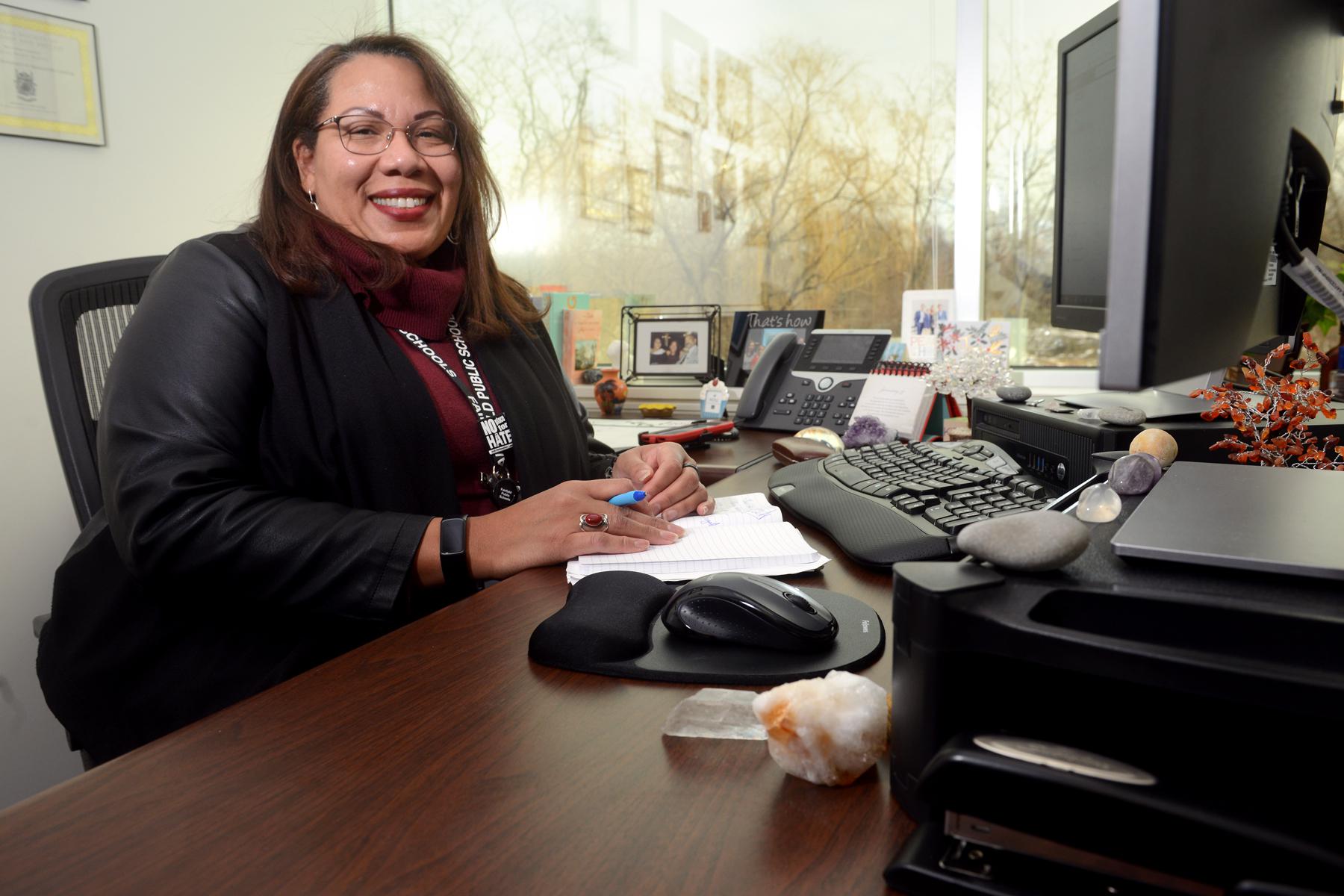 FAIRFIELD — If one of the main aspects of working on diversity, equity and inclusion is education, the new DEI principal of Fairfield Public Schools certainly has a good pedigree.

Digna A. Marte has been in the role for about three months and said she sees her role primarily as that of a facilitator who reviews and challenges everything the school district does.

“How can we force ourselves to think about everything we do and ask ourselves if it’s the best it can be – and if it supports every student?” she said. “How can we confirm that it is really about supporting and equipping each student to thrive? Where are the gaps and why are they?

Marte said there is a lot of work that has already been done or started at Fairfield in line with this goal, but it is happening in isolation. Since she started, she has toured the district listening to administrators about their school improvement plans.

“The reality is that diversity, equity and inclusion aren’t meant to happen in isolation,” she said. “It’s supposed to happen in every conversation and in everything we do. So having meetings with directors independently gave me perspective. But seeing him play in their school improvement plan gave me a better view of where he landed.

Marte said taking the time to see how district policies, programs and practices are impacting the students who need it most is an important focus for the district. She said data, such as that on the achievement gap between black and Hispanic students and white and Asian students, underscores the importance of this mission.

Fairfield Schools Superintendent Mike Cummings said the district created the DEI program director position because officials found that the varying needs of students were challenging for educators. He said officials knew they needed to be more culturally sensitive to their students, adding that they were also seeing more students struggling with engagement.

“We knew our staff wanted to support all students, but we didn’t know how to do it,” he said. “Digna quickly took charge of meeting these needs. Thanks to his work, we will become a better district for all students.

Marte, who was born and raised in New York, said education was her second career in life, adding that she had worked in housing and community development before that. She studied interior design and Spanish as an undergraduate, then earned a master’s degree in land use planning, then worked at a nonprofit and later for the city.

She later left that field to go to seminary school and received a master’s degree in theology, which led her to work at Messiah Baptist Church in Bridgeport. While there, she said she learned that young people don’t get much support in big academic choices, such as choosing a college.

Marte said she was working as a teacher of world languages ​​at Fairfield in 2008 while earning her master’s degree in business administration from the University of Bridgeport. She then taught or worked as an administrator at schools in New Haven, Bridgeport and Hartford.

“It always motivated me to do more for students,” she said. “I wanted to explore what was happening in the elementary and middle schools in our districts that weren’t preparing some of our students enough for high school.”

Now that she finds herself the director of diversity, equity and inclusion for Fairfield Public Schools, Marte said what she takes away from her previous experience is that the education system needs to be redesigned and reworked. .

“It’s baffling to me that a student can be in kindergarten through eighth grade and enter high school and not be able to read,” she said. “That’s something that we’re seeing isn’t just in districts that are predominantly Latino and African American. We even have these pockets (at Fairfield). »

Whether it’s students of color or other disabled or gifted subgroups, Marte said some students aren’t being served by the system. She said she thinks the COVID-19 pandemic has allowed schools to explore all they are doing to support students.

“Education is interesting in the fact that the world has evolved and education is the slowest to evolve,” she said.

Marte said a lack of knowledge has made some people dislike the concept of diversity, equity and inclusion in schools, adding that change is difficult. She said her parents were immigrants from the Dominican Republic and she grew up questioning her parents’ norms, relating them to how people perceive DEI in schools.

“The way people were brought up is now being questioned,” she said. “Everything they learned in school is now in question. There is a natural recoil.

Marte said the work is very thoughtful and she needs to be aware that every conversation about DEI will make people think. If the foundations aren’t laid for this, she says, the walls go up and people shut down.

“Part of my job as an educator is to know that for children, if we don’t create an inclusive environment and help them feel comfortable and belong, they don’t learn because their brain shuts down.” she said. “Adults will have the same reaction if I don’t take the time to help them understand the different layers of identity.”

Creating an environment where she helps facilitate thinking and openness to it is her job, Marte said.

She said her time at Fairfield has been amazing so far.

“It’s not like I come to wake people up. They are already awake. It’s to continue to engage in the work with them,” she said, later adding, “For me, the end goal is to make sure we capture every child. My goal is for every child and every person I come in contact with to grow to their next level.