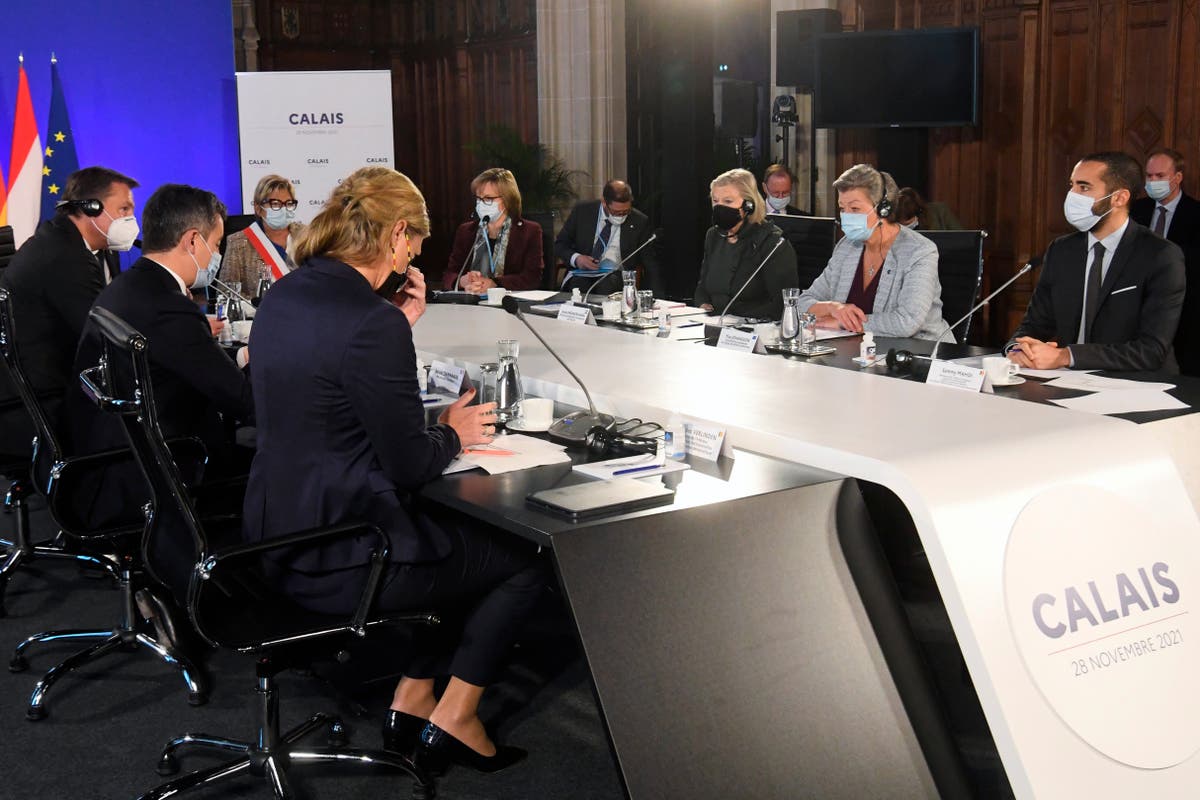 n EU plane must monitor Channel coasts for people crossing, as EU leaders have stressed the need to cooperate with the UK after 27 people died when a boat capsized.

Interior ministers from France, the Netherlands, Belgium and the European Commission met in Calais on Sunday to discuss small boat crossings – without the presence of British officials or Home Secretary Priti Patel.

It was decided that from December 1, a plane operated by the EU border agency Frontex would help countries monitor their coasts.

This meeting was not anti-English. It was pro-European

Ms Patel would have been satisfied with the decision to send the Frontex plane.

A source from Whitehall said: “We will have more discussions this week with our counterparts on how we can work together to resolve this crisis on a European scale.”

EU Home Affairs Commissioner Ylva Johansson told reporters after the meeting in the French port: â€œWe must prevent lives being lost. We must prevent chaos from reaching our external borders.

French Home Secretary Gerald Darmanin revealed that leaders have stressed the need to work with the UK to tackle the problem.

He said: â€œThis meeting was not anti-English. It was pro-European.

“We want to work with our British friends and allies.”

Ms Patel had said it was “unfortunate” that she could not be present at the meeting during a previous conversation with Dutch Migration Minister Ankie Broekers-Knol on Sunday morning.

The Home Office said the phone call enabled the Home Secretary to stress the need to work with European countries.

They also discussed “ideas for enhanced bilateral and European cooperation” as well as the need to fight criminal gangs making boat trips across the Channel, it was said.

Ms Patel said on Twitter: â€œI will be having urgent talks with my European counterparts this week to avoid further tragedies in the Channel.

â€œMore international cooperation and the swift passage of our border bill will stop smugglers and save lives. “

She said that failure to step up cooperation with Europe could cause “even worse scenes” in the Channel this winter.

Ms Patel wrote in the Sun on Sunday: â€œIt should now be up to all of us on both sides of the Channel to act even more.

â€œWe have a long history of constructive work with our friends across the Channel on common challenges.

The UK’s invitation to the meeting was withdrawn after Prime Minister Boris Johnson angered Emmanuel Macron by publicly sharing a letter he wrote to the French president on how to deal with the issue.

Ms Patel said conversations with Mr Darmanin had been “constructive” on Thursday, although she did not repeat the term about their talks on Friday as the diplomatic row reached a climax.

Shadow Labor Foreign Secretary Lisa Nandy told Trevor Phillips on Sky News on Sunday: â€œFrance blames Britain, Britain blames France. The truth is that the two governments are playing a blame game while children are drowning off our shores.

“This is simply unacceptable and any responsible government on either side of the Channel would put aside these differences and work together to address what is a collective problem that will only be solved together.”

Wednesday’s tragedy left 27 people dead, including a pregnant woman, children and a 24-year-old Kurdish woman from northern Iraq trying to locate her fiance.

This is the highest death toll ever recorded in the current crisis.

Color Me Impressed: Explore Lancashire’s most flamboyant home with the talented UCLan interior design student behind it all