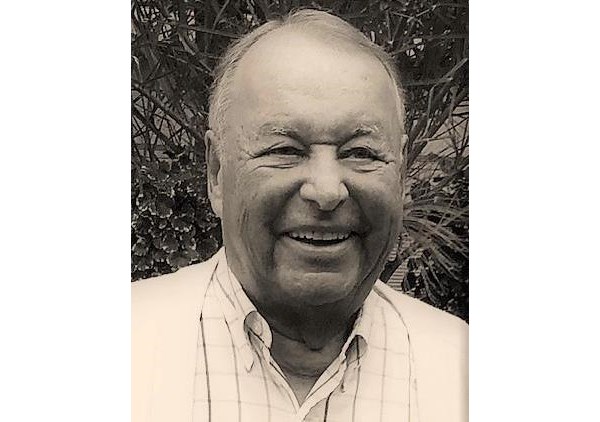 By Diane R. Ware On Nov 8, 2021
Share
Donald D. Powell, Chicago architect known for his extraordinary commitment to detail and exquisite design, passed away at the age of 92 on November 1, 2021. Don was born in Fargo, North Dakota, to his parents George Powell and Anna Shaw Powell. His life story highlights an expanding world – from Fargo to Minneapolis to Chicago and the world beyond. Don became an architectural student when a neighbor in Wayzata, Minnesota hired famed architect Philip Johnson to design the family home. Don watched the construction progress and was impressed by the admiration the architect and his team garnered from other famous architects and architecture students. Don received a BA in Architecture from NDSU and then served as an officer in the US Air Force. After his service he received a Fulbright Fellowship Travel Award in Europe. Don started his architectural career in Minneapolis, then moved to Chicago in 1961 when he joined the firm Skidmore Owings & Merrill. In 1976, Don and his fellow architect Robert Kleinschmidt established their own practice, Powell / Kleinschmidt. Together, they have served many notable clients whose projects showcased their expertise in interior design – a term Don coined to describe the specialization of using space in functional and intellectual ways, which it is a residence or an office. In 1989, Don was inducted into the Interior Design Hall of Fame. He received the “Distinguished Firm” award (1976-90) and the AIA award (1990). Contract Design magazine cited Powell / Kleinschmidt as one of the top 20 interior design companies of the past quarter century (2000). Don received the IIDA Outstanding Leadership Award in Interior Design (2007). Among Don’s most notable projects: The Northwestern Law School; IIT Kent College of Law; Paul Stuart Chicago; National Bank of Illinois, Springfield; the interiors of the West Wing of Harris Trust and Savings; and interiors for four branches of Prudential Insurance in the United States; Interior of the Regenstein Library at the University of Chicago. Throughout his career, Don has traveled the world for inspiration and collecting artwork for his clients and himself. His art collection is now a generous and significant contribution to the Plains Art Museum in Fargo, North Dakota, a destination he believes deserved the fine art. Don has had many trusted friendships over the course of his life. He was kind, intuitive, soft-spoken, a gentleman in all aspects of his life. His word was sacred, his motives still pure. He generously supported the Arts Club of Chicago, the Art Institute of Chicago, and the Chicago Symphony Orchestra. Don was predeceased by his sister Ruth Powell Larson and his brothers John, George and William Powell. Dorothy Gustafson, his longtime best friend whom he considered to be another sister, also predeceased him. Don is survived by his love life and business partner, Robert Kleinschmidt, his devoted nephew Stephen (Patsy) Larson, and twelve other nieces and nephews. The family will be eternally grateful to Teresa Poznanski, who has cared for Don with love and responsibility for the past forty years, and to Margaret Ford, Don’s dedicated nurse for most of the past decade. Memorials can be made on Don’s behalf at the Plains Art Museum, 704 First Avenue North, Fargo ND 58102. A Celebration of Life will be held at a later date. Arrangements by Cremation Society of Illinois, 773-281-5058 or www.cremation-society.com.

How to modernize your space to create a happy home