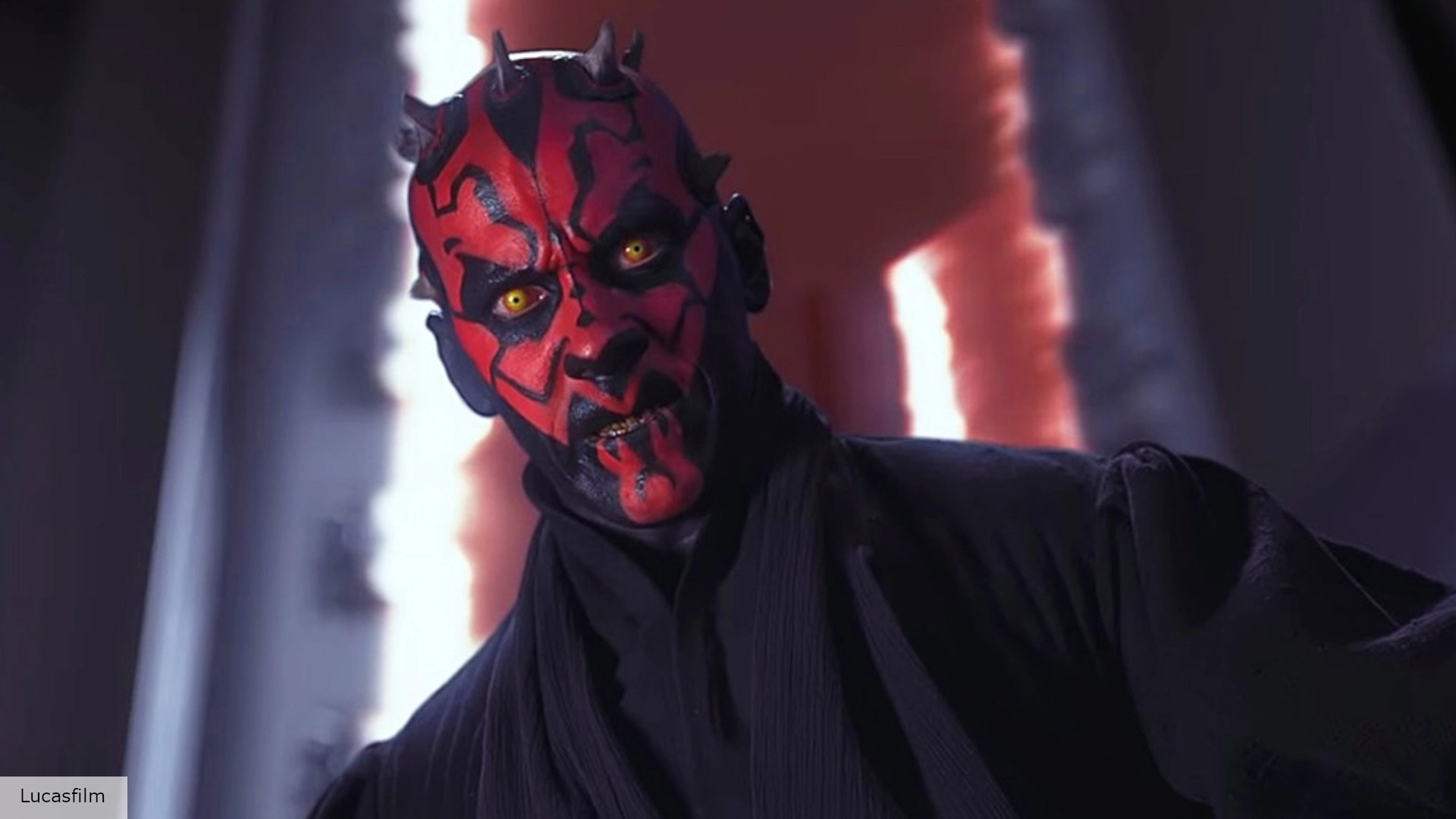 The reputation of the Star Wars prequels has improved over the past few years as the kids who grew up watching these sci-fi movies have grown up. While we can debate until we’re blue about how good these particular Star Wars movies are, we can all agree that the prequels gave us one of the coolest Star Wars characters ever.

Darth Maul, with his striking red and black face, devilish horns, and double-bladed lightsaber, was unlike anything we’d seen in a galaxy far, far away before. Unfortunately, the script severely disappointed Maul, and he was dispatched fairly quickly, only to be brought back through the power of popularity in the Clone Wars animated series.

Still, Maul had an almost entirely different design that, to be fair, looks more like a cenobite from the Hellraiser movies than an alien from Star Wars. Iain McCaig, who helped design Maul, explained the genesis of Maul’s terrifying look on StarWars.com, admitting that he initially struggled to design the new Sith apprentice.

“Darth Maul was really, really difficult because all I had for precedent was Darth Vader,” he explained. “I think maybe for two years I tried to outdo Darth Vader, and I almost had a nervous breakdown doing that because you can’t. You absolutely cannot! It’s a perfect design – you know, a skull and a Nazi helmet, it doesn’t get any better than that.

Eventually, McCaig turned to the script for inspiration. On the page, MAul was described as looking like “your worst nightmare”, so that’s what McCaig drew, but it was too much for George Lucas.

“I drew my worst nightmare, which was this face looking at you through the window late at night, and it’s barely alive,” McCaig explained. “Like a cross between a ghost and a serial killer looking at you, and it’s raining, and the rain distorts the face.”

“So I drew this, a stylized version of it,” he continued. “Red ribbons instead of rain, and put it in a folder, and at the meeting pass it to George. George opened it up and said, “Oh my God,” closed it, handed it back and said, “Give me your second worst nightmare.”

So where do the red and black faces come from? The second scariest thing ever, clowns. Yeah, McCaig apparently based Maul’s face tattoos on old clowns like Bozo. That explains why he’s so scary, then.

If you love Star Wars, check out our list of the best sci-fi series, or if you fancy something a little more magical, we’ve got a guide to the best fantasy movies.