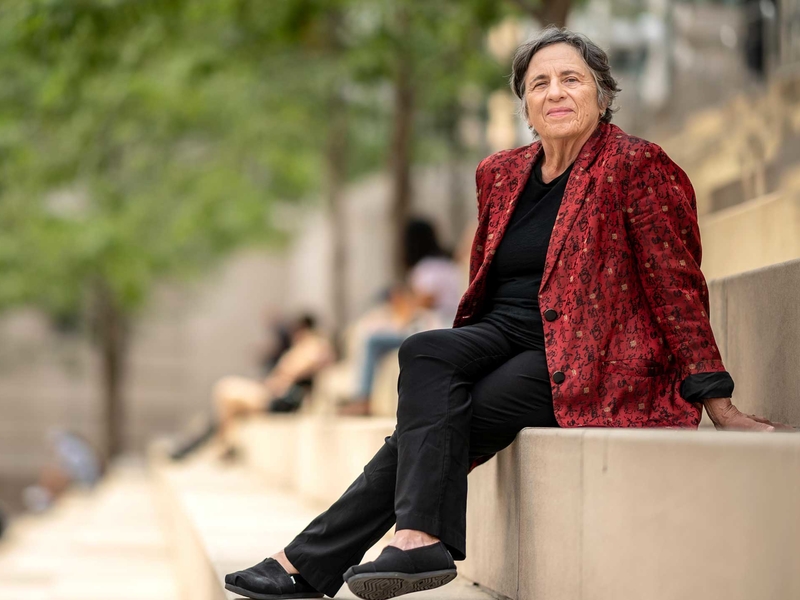 Chicago architecture transformed the city and the world

Look at the architects of Chicago. We are exporters of design ingenuity. Many cutting-edge buildings in the world are designed here. From high-performance, energy-efficient, sustainable buildings to high-rise buildings: Chicago architects are among the leaders.

This is nothing new, the world has long relied on Chicago building technology, starting with balloon-framed skyscrapers and fire-retardant terracotta in the late 19th century. Chicago’s exports are now greener, taller and more innovative. Innovation in technology and building design has always been something we have exported.

For each challenge taken up by my design studio, we start by thinking about how this project can help rehabilitate our city and our planet.

The Chicago Riverwalk is an important example of how we believe Chicago can and must change.

In 2000, when we started this project, I had the same prejudices as all Chicagoans about the river at the time: it is a dirty place and not very desirable. The story of the Chicago River was an open sewer, and it hadn’t been thought about much in a while. But the other things that were going on in town were really important to the success of the Riverwalk.

Since 1970, less than 10 species of fish have been found in the Chicago River. Today you will find more than six times as many. It’s not because of the Riverwalk, although we think we helped the river downtown. It was the product of several actors from the Metropolitan Water Reclamation District to Friends of the River and more. The environment of the river as a whole has improved, making it a great space for people.

Another project that tells the story of sustainability is McDonald’s flagship product we designed at River North. It opened in 2018, with 1,000 rooftop solar panels, a floating indoor garden, and expansive landscaping at this one-block site where McDonald’s could have built something much bigger, much higher.

McDonald’s has chosen to tell its environmental story with. They wanted to do a responsible construction job because it is a really important site, both in their history and in that of Chicago.

When they hired us, they just said, â€œWe want a building that really matches this place. Together, we have designed a sustainable and environmentally friendly quick-service restaurant that contributes to the green space of its neighborhood.

Many people don’t know that one of McDonald’s most important business goals is environmental stewardship. Based on their size alone, what McDonald’s chooses to do makes a difference.

The biggest project for our office at the moment is the construction of two satellite halls at O’Hare International Airport. It is a project in partnership with Skidmore Owings & Merrill.

The airport is very committed to sustainability, both on this project and on the larger O’Hare 21, where Studio Gang is leading a massive reconstruction of Terminal 2 as a global terminal.

There is a way to make an airport green, and the steps may seem simple enough and incremental but are absolutely essential. These steps concern the building enclosure, natural lighting and the healthy and sustainable materials that we select.

The airport and the Riverwalk are not enough. Small projects can be even bigger. For example, we are working with the city and private developer Evergreen / Imagine to build a new mixed-use commercial and residential project in Auburn Gresham. This project offers the opportunity to extend environmental equity to a historically divested neighborhood.

Philosophically, Chicago â€” its companies like McDonald’s, its architects, its government officials, its affected neighborhood communities â€” is ahead in terms of its intention to work on these environmental issues. But we cannot afford to rest.

Here we are, 150 years after the Great Fire, facing another existential challenge for the life of our city and our planet. We cannot afford to fail. My hope is that the people of Chicago today will face this new crisis with the same energy and ingenuity as after the Great Chicago Fire.

Carol Ross Barney is the founder of Ross Barney Architects, an architecture, landscape architecture and town planning studio responsible for many of Chicago’s major public spaces, including the Riverwalk. The studio received the 2021 National Design Award for Architecture from Cooper Hewitt, Smithsonian Design Museum.

Meet Lulu LaFortune, the Gen Z designer who is reviving age-old craftsmanship for the modern era