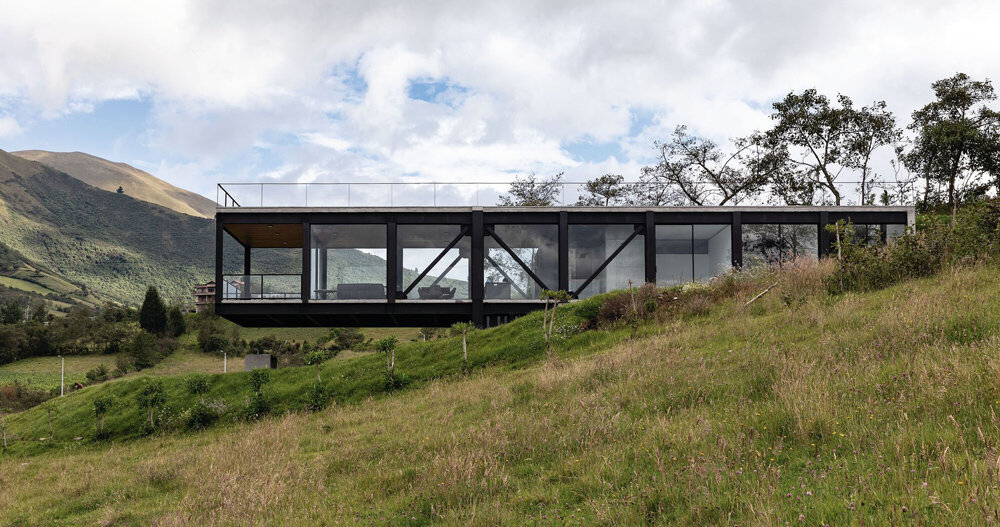 Bernardo Bustamante Arquitectos realizes this SPL house “Casa San Pablo del Lago” as a retreat to inspire a connection with the landscape of Ecuador. Emerging from the slopes of Lake San Pablo, the dwelling overlooks the community of Pijal, a place populated mainly by Otavaleña natives. From its sloping site, the mountains and volcanoes that make up Ecuador’s northern Andes are perfectly visible, creating a grand setting around the scenic lake below.

a house emerging from the mountain

Quito-based studio Bernardo Bustamante Arquitectos (see more here) designs its SPL house as an object embedded in the landscape, which slopes down to the lake. With half of the house buried in the ground, this singular volume projects slightly on the slope, cantilevered over a dizzying twelve meters (nearly 40 feet).

The team says:The large overhang determined the resolution of the project in terms of structural system. The structure is made up of two large parts: one in heavy concrete anchored to the ground, from which is fixed a habitable cantilever steel beam.

The architectural volume contains the entire program; access is located under the cantilever with vertical circulation. This element connects the two floors and is placed in the center of the floor plan to solve the public and private zoning of the project.‘ 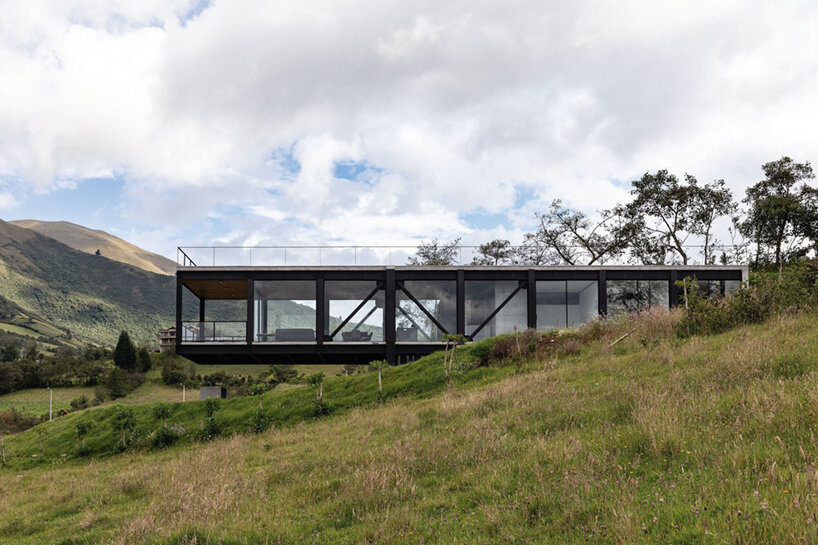 Bernardo Bustamante creates an Immersion among the Andes

The house designed by Bernardo Bustamante Arquitectos is accessible from below the cantilever through a vertical circulation. The main level of the house is divided between its public and private programming. The private space, organized towards the side of the hill, accommodates three bedrooms of equal size with two full bathrooms at each end.

Meanwhile, the living areas are oriented towards Lake San Pablo. This staging area floats above the landscape and is glazed on three sides, providing an immersive experience in its Andean context.

The design team continues: ‘The spectacular nature of the project is undeniable. A work of rigorous construction that stands defiantly on the hill to be seen and admired like an inhabitable sculpture. The goal is not only to be remarkable from the shores of the lake, but also to appreciate the beauty of its interior, this idyllic landscape of water and mountains..’ 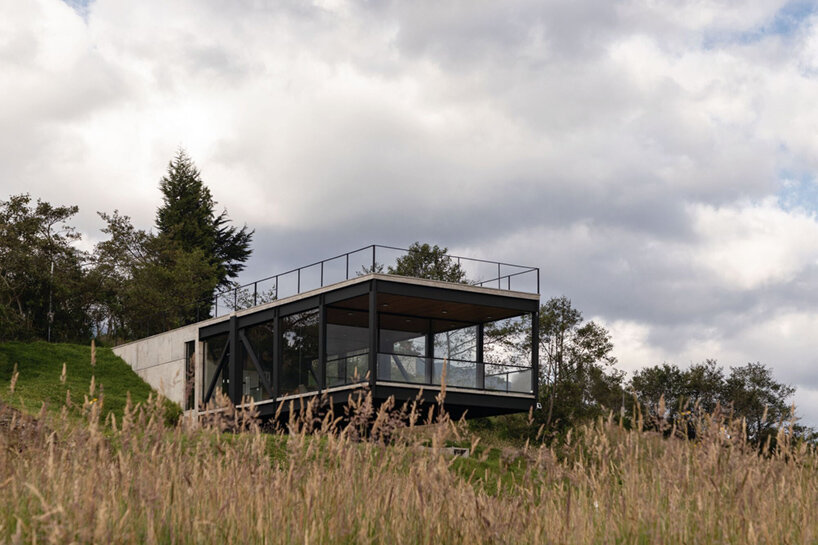 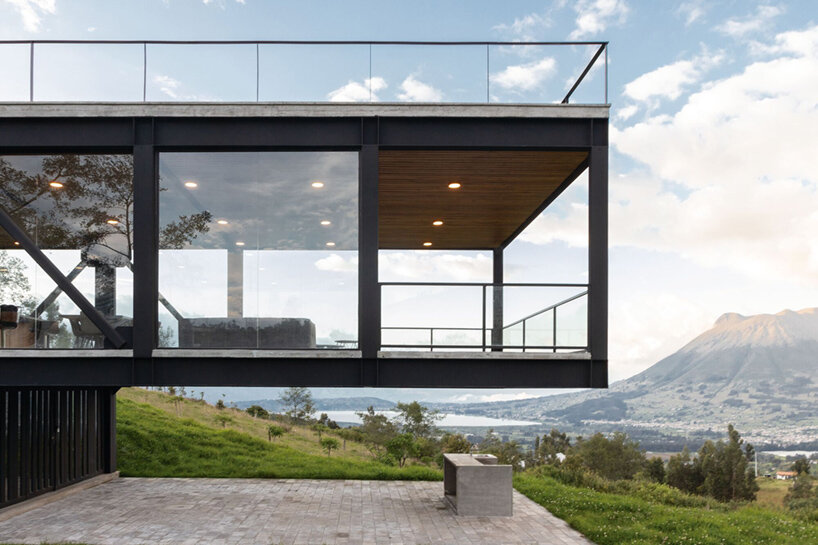 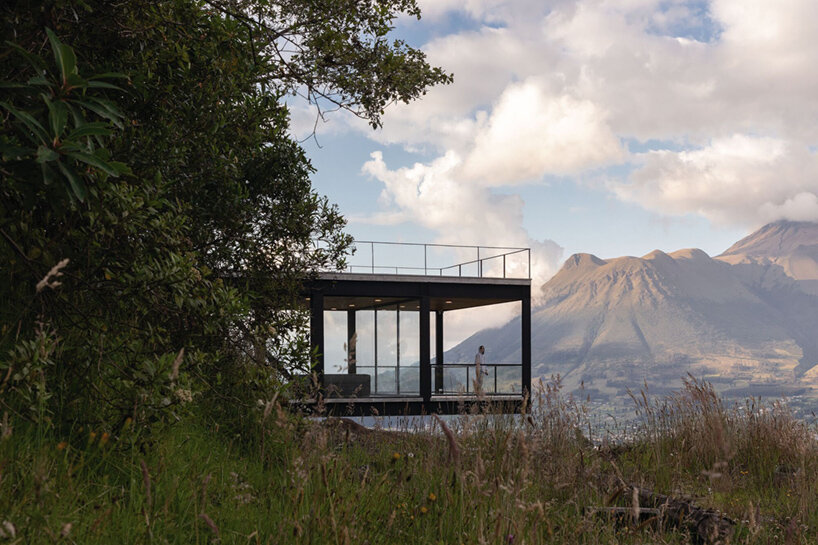