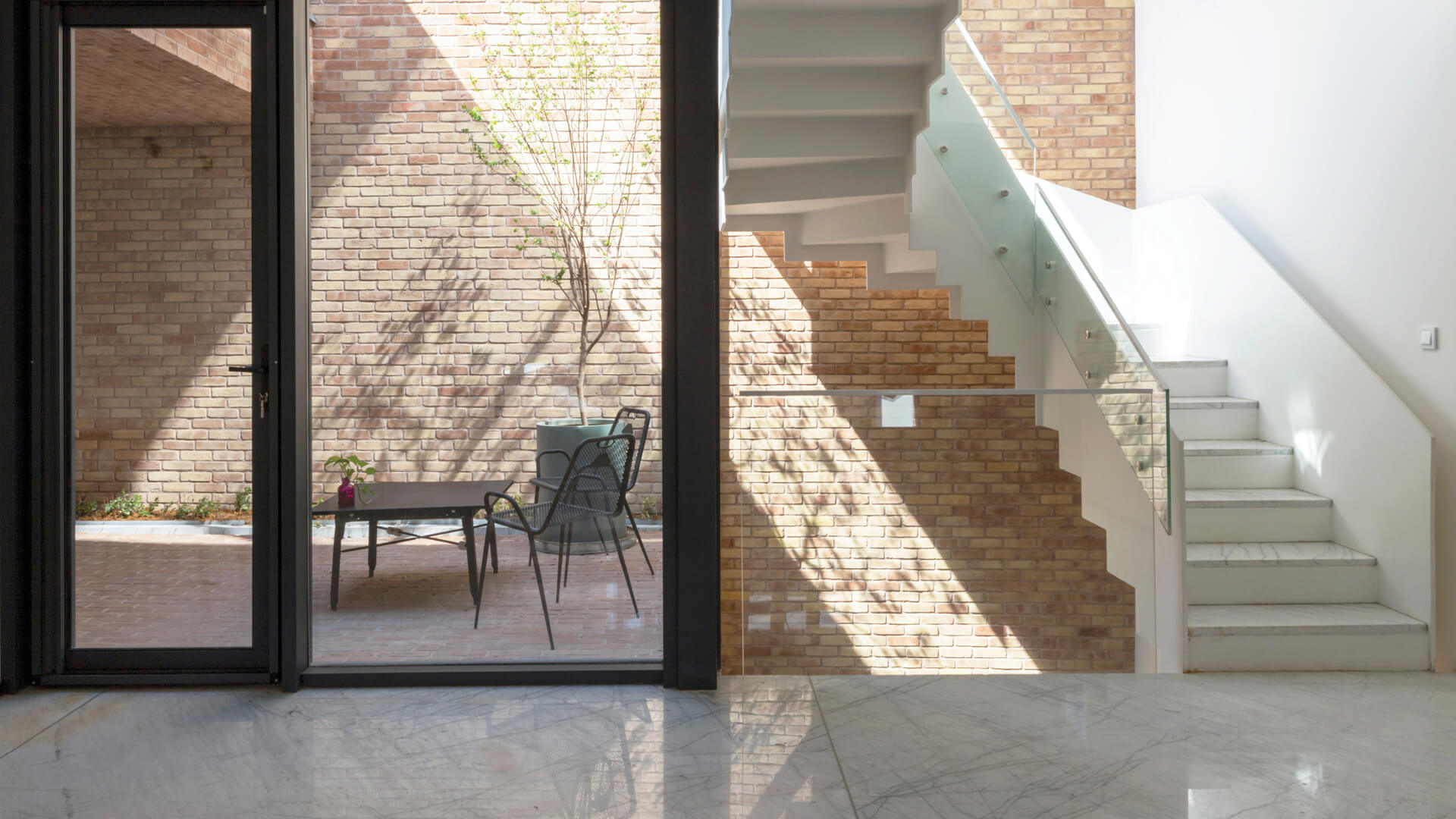 A preview of “A House in Jolfa District”, winner of the 2021 Iranian Memar Prize

“A House in the Jolfa District”, designed by Iranian architects Ehsan Hosseini and Elham Geramizadeh of Logical Process in Architectural Design, is modestly located in a dense and ancient district of Isfahan between ancient Armenian churches and old local cafes and the little houses. The residential building won Iran’s Memar Award 2021, an architecture prize organized by Memar Magazine. The location of the project in the Jolfa district of Isfahan dictated many limitations to this project. For example, limits on the height of buildings have been set to protect this area rich in valuable cultural heritage. A look at the context in which “A house in the district of Jolfa” is located would help to understand why this project has received such a good response despite its modest appearance.

New Jolfa, named after the city of Jolfa in the Iranian province of East Azerbaijan, is a district of Isfahan; The second largest city in Iran located in the center of this country. Formerly glorious capital of the Safavid dynasty (16e-18e century), Isfahan is home to amazing Perso-Islamic architecture and many World Heritage Sites. At the heart of this city stands the district of Jolfa, characterized by its large population of Christian Armenians. A population of Armenians was first moved from the city of Jolfa and hosted here by Shah Abbas Safavi, then many other Armenians migrated to New Jolfa over the centuries, especially after the violence of the Ottoman Empire against them. Today, the Jolfa district is a beautiful dense area and a tourist destination with beautiful old churches and trendy cafes. It is also hailed as a symbol of religious tolerance in a Muslim country.

Located close to Iran’s central desert, Isfahan is also known for its sprawling gardens and tall trees that provide shade and cool the air in the city’s often harsh climate. Considering this aspect of Iranian architecture, the architects wanted to provide this house with a garden, because they experienced as inhabitants of this very city, that the well-being of the inhabitants is in close contact with nature. .

The height restriction and density of the Jolfa neighborhood were serious challenges for their goal. Their solution was to dig a void in the house where a small garden could be formed in the basement. The house has been sunk into the earth to create a deep garden below surface level, where there is shade to sit and rest from the heat of the day and through which natural light can find its way inside the house. This empty shaft also creates natural ventilation, as the southern breeze is cooled in the shade of the garden, then passes through the interior spaces and out of the backyard.

The entrance to the house is modest. Minimal black doors are juxtaposed against simple yet elegant brick architecture; also, a local and traditional architectural element of the Jolfa district, moreover a material that does not infuse or enhance heat or cold absorbed from outside and therefore the best material for a city like Isfahan which experiences hot days and freezing nights.

The interior garden offers residents the benefit of natural light without feeling the sweltering heat. It also answered a sensitive cultural question; the depth of the garden shelters the family from vis-à-vis very close neighboring houses. Apart from the main garden of the house, the void gave the design space to create a small garden on each floor where different residents of the house can enjoy alone or with a guest without disturbing others.

The interior benefits from an open concept and large windows on all floors allow residents of different parts of the house to enjoy the view of the garden and the play of light formed by the leaves of the trees. Glass walls create a second inner layer in the house that protects it from cold and heat. The outer brick layer of the house is visible through this glass. The square-shaped hollows on the brick wall allow defused natural light to enter the house.


The design of the staircase contrasts sharply with the sterilized and uncluttered forms of the interior spaces. Although still white, their sharp edges and geometric shapes create intelligent visual dynamism in an otherwise unified environment.

Spaces and floors are not only connected by means of circulatory elements, such as the elevator or the stairs, but are also interconnected by the shafts and voids formed by the geometric design of the house. Life flows through different niches and rooms in ‘A House in Jolfa District’, streams that are separated from each other by design but are also somehow interconnected, again by the magic of design. Perhaps the poetic phrases of the architects themselves can best describe the architectural concept of the Jolfa neighborhood house:

A thumbnail is a collage of sequences of experiences,
the presence of time in the irregular connection of spaces,
the entanglement of back and forth; the exterior and the interior. »

Last name: A house in the Jolfa neighborhood