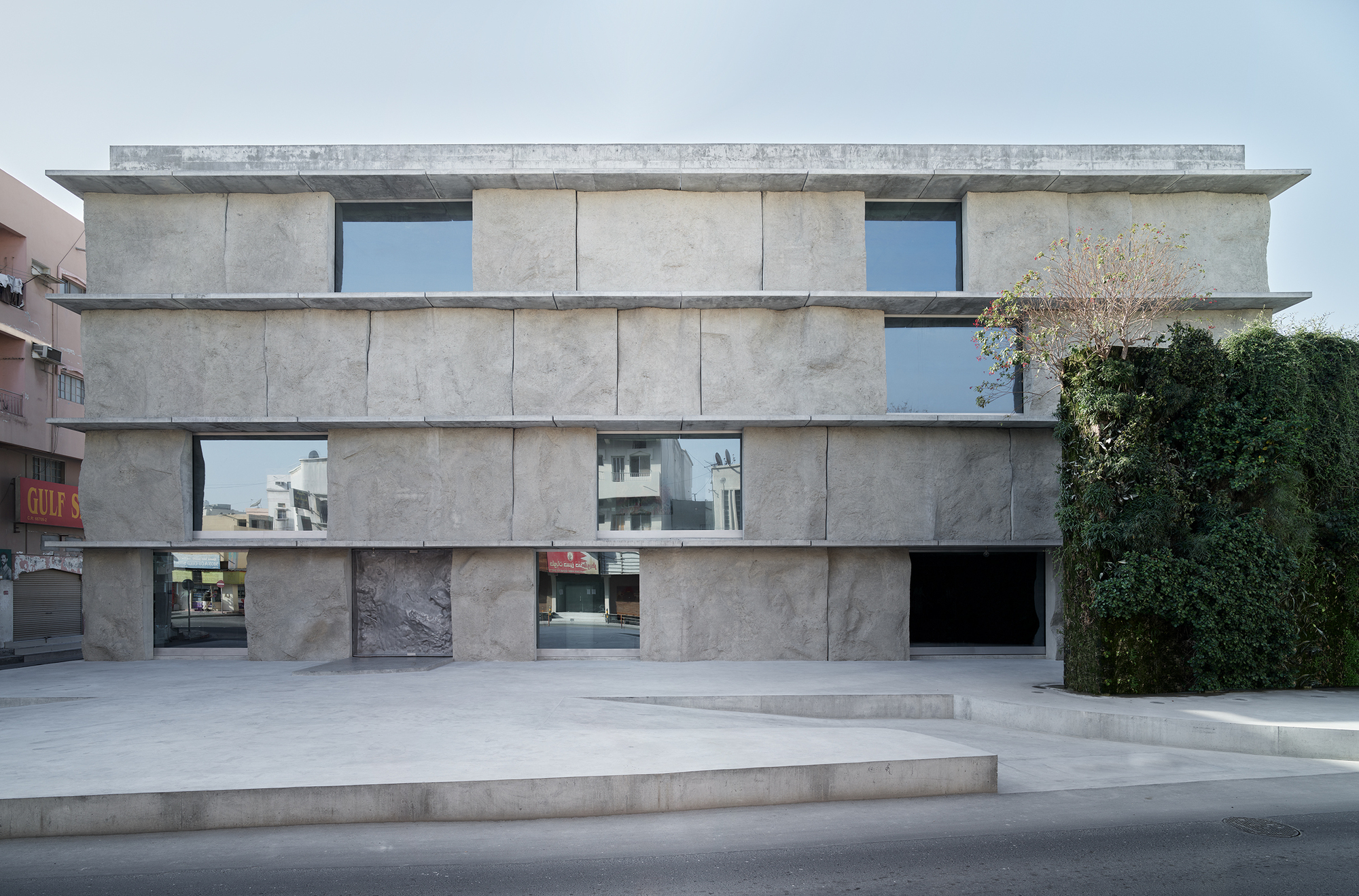 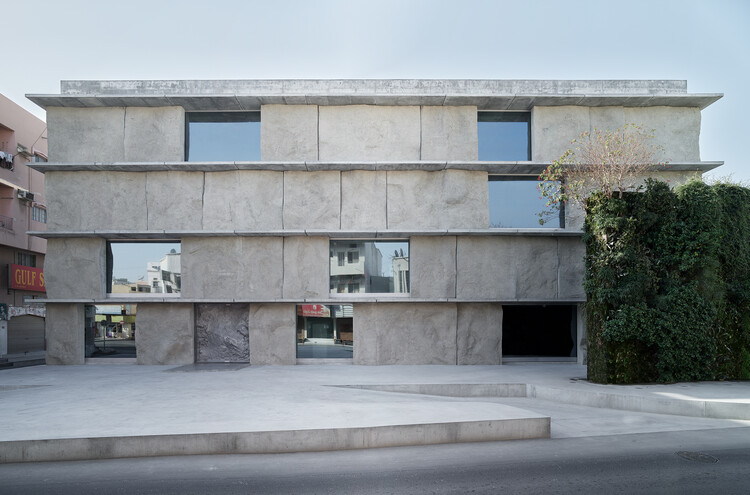 Text description provided by the architects. The floor plan of the building consists of two equally sized rooms and a core in between. The plan is very shallow and has a long main facade with two short facades. With the shallow depth of the plan, the facade itself is the main spatial element.

The facade consists of structural wall elements cast in sand with a strong relief. The elements are sunk on the ground next to the building. Each cast gives a unique imprint on the element. At the level of the windows and the corners of the building, the relief is visible, like a geological cut in the ground.

In the interior, sand casting is repeated in the concrete floor slabs, which are made in the same way. In front of the windows, large shutters can be moved. The shutters (and the front door) are made of sand-cast aluminum with the relief facing inward. Unlike concrete elements, aluminum sand castings are hollow. Through the windows, the interior of the casts can be seen.

The Green Corner building takes its name from an existing corner with a vertical garden designed by Patrick Blanc. The building will be built against a parking lot, designed by Christian Kerez.